At 70, 'Grandma Shirley' gets Wake Tech degree, enrolls for another one 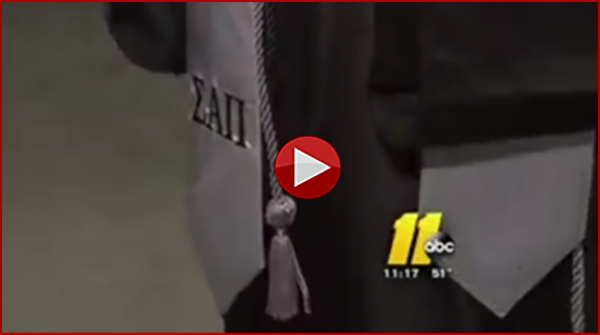 By Angelica Alvarez
Tuesday, May 09, 2017
A great-great grandmother was among more than 900 graduates in Wake Technical Community College's largest graduation ceremony of the year.

"I'm so excited today, I have not been able to sleep all week," Shirley Fuller said.

"I didn't want to sit at home. It was boring!" Fuller said. "Now that my grandkids are getting their degrees, Grandma Shirley is too!"

Her large family was cheering her on inside the very large ceremony at the Raleigh Convention Center. Her support team included her three children, their spouses, several grandchildren and her four older brothers.

"Seeing her get to this point in her life is just really a blessing, and we're just so happy for her," said Shirlette Leary, Fuller's daughter.

Fuller went to high school at the Henderson Institute, but got married in the 10th grade. She left school to start her family but came back a few years later and took classes while her children were young. She graduated while she was in her 20s in 1969 in the top 10 percent of her class.

She went on to work as a paralegal for many years but never pursued a college degree until now.

ROAD TO DIPLOMA NOT AN EASY ONE

Her road to a diploma was a tough one. Fuller said she battled addiction for many years and even attempted suicide five times. She said she knows she survived that for a reason.

"I am so grateful to my God, for allowing me to be who I am," Fuller said.

Fuller also said she is her mother's only daughter out of 10 children and she promised her mother one day she would get her degree.

Her mother passed away two years ago.

"I said 'OK Shirley, do or die, before you leave this Earth, you're going to have some papers on that wall,' " Fuller recalled. "Just hold tight and take it one step at a time and you're going to make it."

She even wore her mother's stockings Monday night under her graduation gown.

Going back to school at her age wasn't easy at first.

"I had to interact with students much younger than I," Fuller said.

But she says she quickly became a mentor to many of her classmates.

"I made myself available to talk to them as a grandmother as a mother as a co-classmate, whatever it took to make sure they were comfortable," Fuller said.

She said she's not stopping with her business degree.

She has already enrolled in the Criminal Justice program at Wake Tech. Once she gets that degree she said she is going to get a bachelor's degree and then go to law school.

Her goal is to one day open a recovery house for women battling addiction.

She said her mother lived to be 92 years old, so she plans on being around to see her goals through and watch her great-great grandchildren graduate from college themselves.