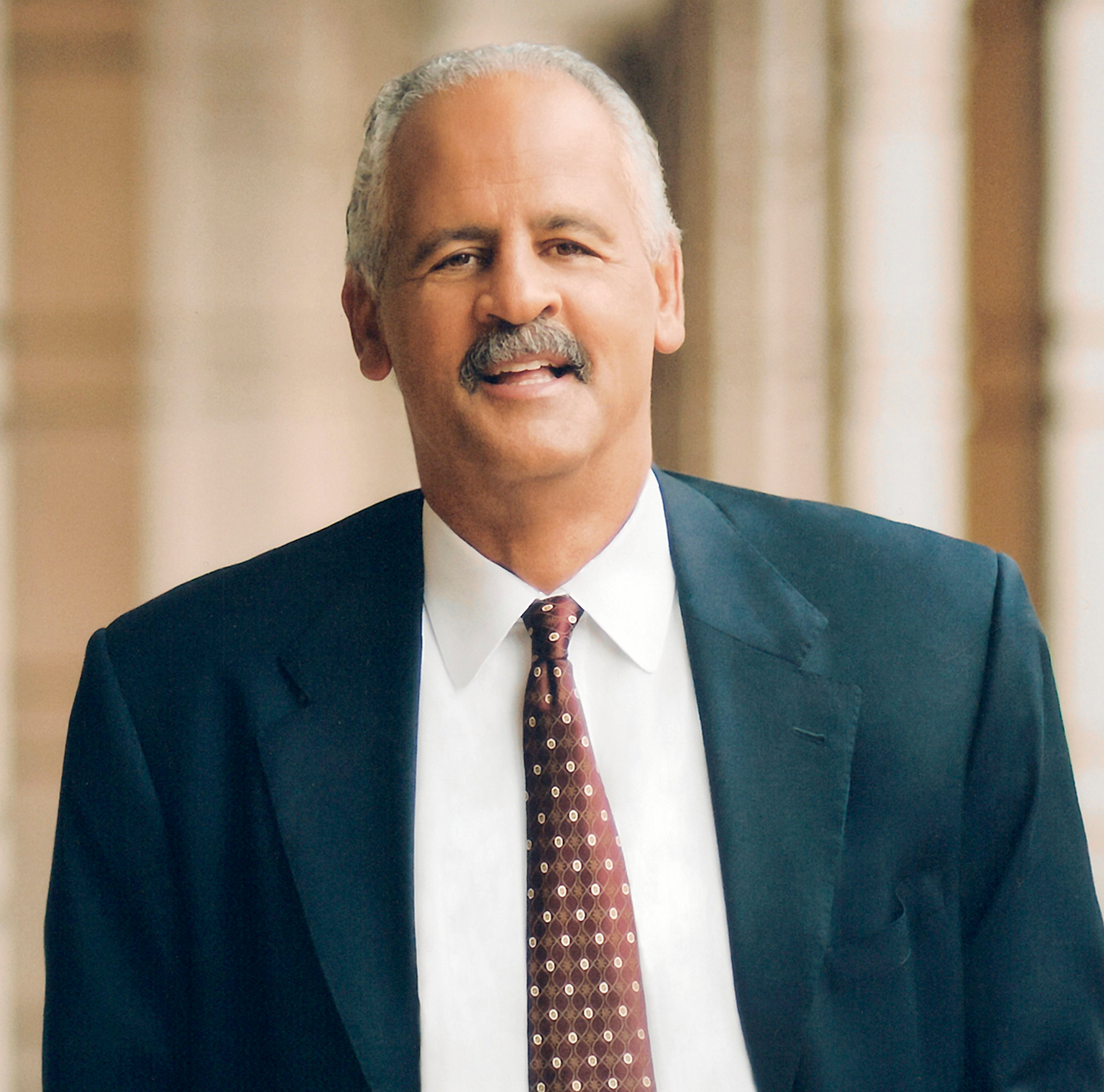 Stedman Graham is a business advisor, chairman and CEO of S. Graham and Associates, a management and marketing consulting firm. He is the author of 12 books, including two New York Times best sellers and one Wall Street Journal bestseller. As a businessman, educator and speaker, Graham lectures and conducts training programs for corporations and educational organizations worldwide on the topic of Identity Leadership, based on the philosophy that one cannot lead anyone else until you first lead yourself. He has delivered Identity Leadership programs in The Netherlands, Germany, China, Canada, the UK, Bermuda and South Africa. His proven Nine Step Success Process® drives his powerful message. This success process is based on the principle that it doesn’t matter how the world defines you, it only matters how you define yourself. Graham is honored as a distinguished visiting professor at colleges and universities throughout the country. He is a former adjunct professor at the Northwestern Kellogg School of Business where he taught the course, “The Dynamics of Leadership.” Graham’s clients include Gulfstream, Aerospace, Microsoft, Deloitte, Wells Fargo, Lenovo, General Dynamics and the US Department of Labor and Education. As a proud native of Whitesboro, New Jersey, Graham has demonstrated an enduring dedication to youth and community. His New York Times best seller, Teens Can Make it Happen has become a program utilized in numerous middle and high schools in the US and abroad. With dedication to community development, Graham is the founder of the Concerned Citizens of Whitesboro and the Concerned Citizens of Lake Wacamaw, North Carolina. He is also the Co-founder of the Community Alliance for Youth Success (CAYS) and a member of Horatio Alger. Stedman Graham has served in the United States Army and played professional basketball in the European League. Graham holds a Bachelor Degree in Social Work from Hardin-Simmons University and a Masters Degree in Education from Ball State University and has been awarded three honorary Doctorates. Grahamserves on several boards and has received numerous awards. 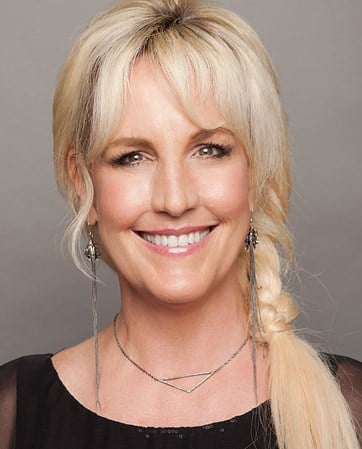 Erin has been in the trenches, joining communities and teaching them how to fight against seemingly insurmountable odds for almost 30 years. Raised in the Sunflower State (Kansas) by Republican parents, she is an independent thinker who is not afraid to speak her mind and call out both sides of the aisle. Water is not a partisan issue! Known for her work in Hinkley, California, Erin helped expose PG&E’s secret, a huge chromium-6 groundwater contamination, and how this poison affected the health of the people there. In 1996, as a result of the largest direct action lawsuit of its kind, spearheaded by Erin and my then-boss Ed Masry, the utility giant was forced to pay out the largest toxic tort injury settlement in U.S. history at that time: $333 million in damages to more than 600 Hinkley residents. Erin's name became an Oscar-winning movie and then it became a verb. To “Erin Brockovich something” has become synonymous with investigating and then advocating for a cause without giving up. Her work continues today with hundreds of communities throughout the U.S. and the world. When Erin was a little girl, her father would sing songs to her all the time about water. They would be playing down at the creeks and he would make up little tunes singing, “See that lovely water, trickling down the stream, don’t take it for granted, someday it might not be seen.” Before he died, Erin's dad promised that in her lifetime water would become a commodity more valuable than oil or gold, because there would be so little of it. She believe he was right and that time has come. “Every American deserves to have access to safe drinking water. America is the richest and most prosperous country in the world—we can afford to provide safe drinking water to our citizens.”—Congressman Dan Kildee, representing Flint, Michigan You can read more about Erin's family, where she got her “stick-to-itiveness” nature, and about many of the communities she's worked with since Hinkley in her new book, Superman’s Not Coming: Our National Water Crisis & What We The People Can Do About It. You can listen to Erin gab with amazing everyday citizens fighting for the environment and social justice on her podcast, Superman’s Not Coming.

Jon Levy is a behavioral scientist and New York Times best selling author known for his work in influence, human connection, and decision making. Levy specializes in applying the latest research to transform the ways companies approach marketing, sales, consumer engagement, and culture. His clients range from Fortune 500 brands to startups. More than a decade ago, Jon founded The Influencers Dinner, a secret dining experience for industry leaders ranging from Nobel laureates, Olympians, celebrities, and executives, to artists, musicians, and even the occasional princess. Guests cook dinner together but can’t discuss their career or give their last name, and once seated to eat, they play a game to reveal who they are. Over time, these dinners developed into a community. With thousands of members, Influencers is the largest community of its type worldwide. In Levy’s latest book, You’re Invited, readers are guided through the art and science of creating deep and meaningful connections with anyone, regardless of their stature or celebrity, and demonstrates how we develop influence, gain trust, and build community so that we can impact our communities and achieve what’s important to us. 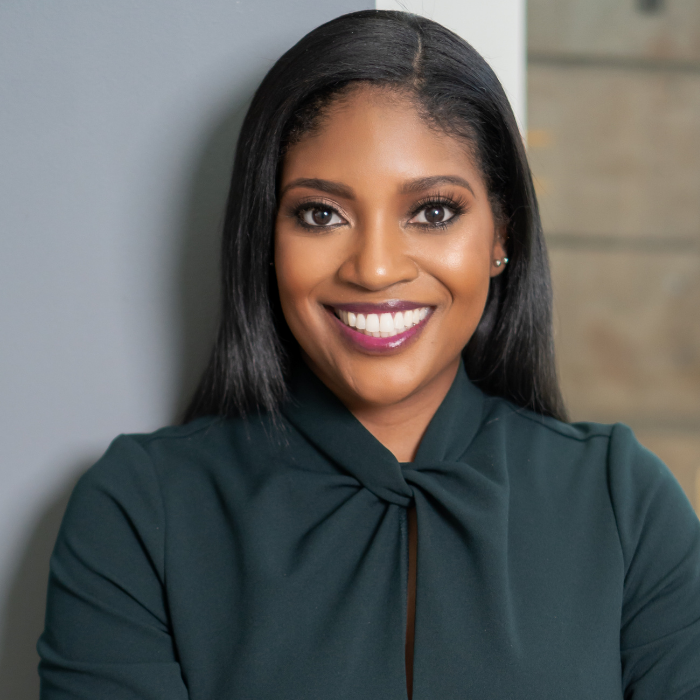 Winter is a former top civil litigator who has made her niche as an expert mediator. She is sought out for her unique, compassionate, and successful style of handling complex matters that involve a diverse range of cultures, including Spanish-speaking clients.

Winter is the creator of The Four Cornerstones of Mediation™, which she introduced to the world in her first TEDx talk in March 2021. She has turned that methodology into a 14-hour mediation and certification course. Winter’s second TEDx talk titled, “Confessions of a Mom Who Has It All,” was given in June 2021. She is co-author of the bestselling book, #Networked, as well as ​the creator and host of The Mediate Now™ podcast.

Rebecca knows fear. As a biologist and stress expert, Dr. Rebecca Heiss is dedicated to helping us become self-aware and overcome our instinctual limitations – the ancient, often subconscious fears that hold us back from our optimal performance and our happiest lives. Her research has been designated “transformative” by the National Science Foundation and it is waking up audiences around the world. As an author of the newly acclaimed book Instinct, founder and CEO of the 360-review mobile application, icueity, and highly sought-after professional speaker, Rebecca has found her calling in helping others recognize the power of biological applications in their lives. A former educator, Dr. Heiss spent much of her earlier career in the classroom at both the high school and college levels and was recruited to be a founding member of an innovative charter school with a focus on entrepreneurial thinking and impact-based learning. Today her focus is leading high achieving women through stress, fear of failure/rejection, and imposter syndrome, to a place of confident and authentic leadership in her Fearless Accelerator program. Rebecca’s “fearless” message inspires hope and actionable insights to train our brains to work for us, rather than against us in times of uncertainty. With surprising humor and palpable energy, no matter if Dr. Heiss is delivering virtually or on stage, she wins over audiences around the world with her interactive, inspiring and timely takeaways She lives in South Carolina with her spoiled rotten dogs named Guinness & Murphy and every day tries to live her life motto: “spread happy.”. 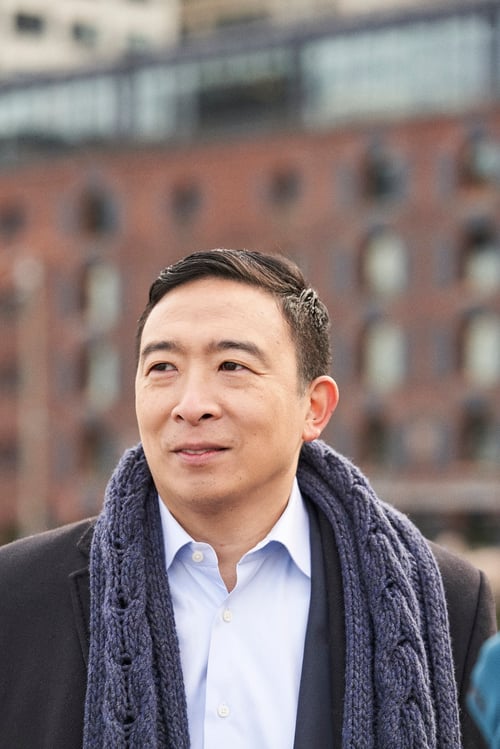 Andrew Yang was a 2020 Democratic presidential candidate and a 2021 candidate for mayor of New York City. Named by President Obama as a Presidential Ambassador of Global Entrepreneurship, he is the founder of the organizations' Humanity Forward and Venture for America. Yang’s 2018 New York Times bestselling book The War on Normal People about the threat of technology-driven job automation helped introduce the concept of universal basic income into the political mainstream.

Select the state in which your school is located