LEARN FROM SPEAKERS
WHO KNOW HOW TO LEVEL UP

You’ll hear speakers share real stories of everyday boldness, their struggles, and advice on how they leveled up. You’ll discover your passions, identify goals, and define steps you can take today to accomplish more than you ever thought possible tomorrow. 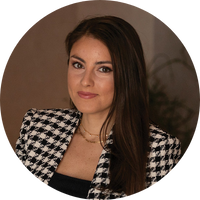 Daniela Pierre-Bravo is the author of The Other: How to Own Your Power at Work as a woman of Color. She is also a public speaker, MSNBC reporter for Morning Joe, a contributor and producer for NBC’s “Know Your Value” platform and the bestselling co-author of Earn It!. A former Cosmopolitan magazine columnist, Pierre-Bravo has written on career advice, mental health, and financial wellness with an emphasis on women of color. Her work has been featured on the Today Show, Telemundo, Forbes, Cosmopolitan, Refinery29, New York Magazine, and more. She lives in New York City with her rescue dog, Benji. 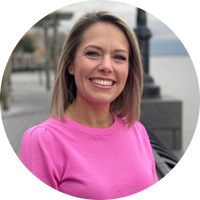 Dylan Dreyer is the author of the New York Times, Wall Street Journal, and USA Today bestseller Misty the Cloud. She is also a meteorologist for NBC News, a co-host of the 3rd Hour of Today, and the host of Earth Odyssey with Dylan Dreyer.

She’s covered hurricanes with 130 mph winds, but she loves a nice breeze when she walks her dog, Bosco. She’s stood out in six-foot snowstorms (which is taller than her!), but she loves to go sledding with her sons. She’s watched roads turn into rivers during strong thunderstorms, but she loves to splash in puddles.

She’s traveled the country (and been to 49 states!) and the world . . . she’s even been to the North Pole! She loves the weather and thinks the world is a fascinating place. She lives in New York City with her family and their dog, Bosco. 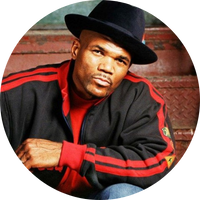 Darryl McDaniels or “DMC” as most of the world knows him, first made his start in the music business as one third of the groundbreaking rap group Run-DMC and quickly became the most popular in terms of fans and influence. He has been in the public eye for the past 20 years, since forming the now legendary, defunct group, RUN-D.M.C with Joseph (Rev. Run) Simmons and the late, great Jason (Jam Master Jay) Mizell. Also one of the founding members of this multi-platinum music group, selling over 30 million singles and albums worldwide, it would be hard to overstate his influence on popular culture. He helped transform Rap and Hip Hop into the most popular music in the world, while building a fan base that rivals the biggest acts in Rock ‘n’ Roll.

DMC has recently added another list of firsts to his life – his first book entitled “King of Rock: Respect, Responsibility and My Life with Run-DMC” (St. Martins). The book, written by DMC with Bruce Haring with the forward by rapper/actor Will Smith, offers a flavored tale of his rise within the music business while stressing the importance of respect and responsibility in today’s society. It has received rave reviews nationwide. Entertainment weekly called it “strangely compelling, bravely honest… plenty of entertaining anecdotes about life back in the day to keep you turning the pages. Like Will Smith, McDaniels is a born charmer.” Publisher’s Weekly says the book is “hard hitting yet sensitive… he (McDaniiels) argues astutely that ‘very few of the rappers will admit they’re creating a fictional character,’ and thereby create problems for themselves.”

In addition to the new book, DMC released his own musical project entitled Checks, Thugs, Rock-N-Roll. 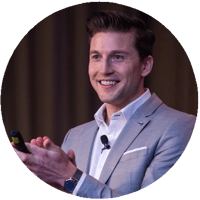 After starting his first business in college that grew to $1.5 million in annual sales, Tom went on to be the Founder and Lead Facilitator of Swift Kick. Since 2004, Tom has trained over half a million leaders around the US and the world including England, South Korea, Indonesia, and Bermuda on how to build a Culture of Connection within their organization.

Tom has spoken to leaders at some of the largest companies in the world such as Coca Cola, Pfizer, Disney, US Navy, and UCLA. Through his speaking, he holds an unprecedented 6 National Speaking Titles from APCA. He is a TEDx speaker, held a Guinness World Record, and sat on the board of the NYC Entrepreneurs’ Organization for five years.

In his "free time" Tom leads Forums for the Entrepreneurs' Organization, is an Executive Accountability Coach for business owners, and he co-authored the Amazon.com bestselling book, "First Year Student To First Year Success." Tom is currently working on his highly anticipated second book that digs deeper into his award-winning training, Dance Floor Theory, on how to build a Culture of Connection to increase employee engagement.

On a personal note, Tom has been featured in almost every major publication from USA Today, Fast Company, NY Times, MTV, and the Chicago Tribune. He lives in New York City, is an avid runner, was named after a cat, and loves peanut butter. 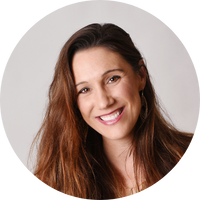 As a stress expert, Dr. Rebecca Heiss is dedicated to helping us overcome our instinctual limitations – the ancient, often subconscious fears that hold us back from our optimal performance and our happiest lives. Her research has been designated “transformative” by the National Science Foundation and it is waking up audiences around the world.

Author of Instinct, founder and CEO of the 360-review mobile app icueity, and highly sought-after professional speaker, Rebecca has found her calling in helping others live more, fear(less). She lives in SC with her two spoiled rotten dogs, Guinness & Murphy *(and her beloved husband). 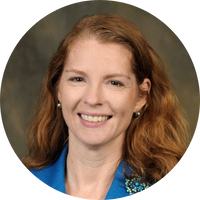 Dr. Malaret is originally from Orlando, Florida and attended The University of Southern Mississippi for her B.A. degree in Psychology. She then graduated in 1998 from The University of Central Florida with a M.A. in Student Personnel and in 2007 with her Doctorate in Educational Leadership. She has worked in the student development field since 1999. Dr. Malaret has served as the faculty advisor for the NSLS at UCF since 2004 and has received numerous honors from the NSLS including serving on the Learning Guild and receiving Distinguished Advisor of the Year. 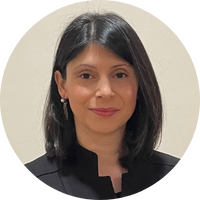 Samar Issa is an Assistant Professor of Finance, Business Analytics, and Leadership at the Department of Business Administration at Saint Peter’s University, New Jersey, USA. She received her PhD in Economics, with a focus on econometrics and financial economics. She formerly completed an MBA with a focus on leadership, and an MA and MPhil in Economics and Finance. She is an expert on financial modeling and data analytics and possesses a good track record of research success with published articles and international conference presentations. Samar worked for over a decade at U.S. corporations, the United Nations, and overseas as a project manager and leadership development trainer. She consistently strives to create a challenging and engaging learning environment in which students become life-long learners and leaders.

At The National Society of Leadership and Success (NSLS), we build leaders who make a better world. The NSLS is the nation’s largest leadership honor society with over 700 chapters and more than 1,000,000 members nationwide. Candidacy is a nationally recognized achievement of honorable distinction, and upon completion of the program members receive their leadership certificate, and use their affiliation to elevate themselves for the rest of their lives. In addition to building leadership skills, benefits also include scholarships & awards, exclusive on-campus events, employer recruitment, and discounts on computers, textbooks, car insurance, grad school prep courses, and so much more.

Join us across the country for an incredible 2 days that will inspire, motivate, and equip you with all the tools you need to take your leadership to the next level. Each session is packed with insights and information on key topics surrounding our central theme for 2022: Level Up Your Leadership.

We’ll teach you skills to embrace your fears and break through your limits as you train to become a stronger leader. You’ll hear from speakers on what led to their success, and the struggles they overcame. You’ll get to collaborate and meet new friends in breakout sessions. You’ll discover yourself, learn from each other, and dream together. But most of all, you’ll have fun doing it!

Select the state in which your school is located