Becoming the Author of Your Own Life

Suzanne Corso became the author of her life when she wrote her way out of an impossible situation. She is the author of Brooklyn Story, The Suite Life  and Hello, Hollywood—all based on her life story. In this episode of Motivational Mondays, Suzanne shares how she wrote her way out of a dangerous existence, experienced the life of a one-percenter, and is working toward manifesting the future she desires.

Suzanne grew up in a neighborhood that had a prominent mafia presence and many girls her age dated dangerous men. Being entangled in those relationships makes it very difficult to escape that life. So when Suzanne’s grandmother handed her a typewriter and said, “Bubbeleh, write yourself out of this story,” she did.

When Suzanne wrote the first draft of her book, she wrote exact names and scenarios so she could get her story on the page the right way. After she finished, she went back and changed names, places, and events. But the book she wrote is based on her life.

Write Your Way Out of Dangerous Relationships

Dating a “dangerous” man may be alluring in the beginning, but Suzanne points out that there’s a point when you have to question why you’re dating a criminal. Women like men with an edge, but does it have to be someone who gets up in the morning to rob a bank?

Her book is relatable to young women who are struggling in abusive relationships. Suzanne implores, “If a man tells you to ‘shut up’ even one time, you have to take notice. Do not allow yourself to fall in love with someone who’s going to abuse you.”

From Food Stamps to the 1%

When Suzanne finally escaped, her life changed dramatically. Suzanne met someone who was a big figure on Wall Street. Sadly, she experienced both his rise and fall. Suzanne believes that money doesn’t define you, but it was everything to him and it tore their marriage apart. Her ex-husband introduced her to a lifestyle very few are privy to. But Suzanne never changed who she was and how she treated others.

Being Published by Simon & Schuster

When Suzanne sought to get her book published, she was rejected by over 35 agents. One agent finally agreed to represent her. A week later, her agent contacted her and let her know that Simon & Schuster wanted to meet with her. It meant she was going to get a deal. Suzanne left that meeting with a six-figure hardcover and softcover deal with the publisher. She remembers it as one of the most beautiful experiences of her life.

Suzanne shares powerful words of wisdom in this episode of Motivational Mondays. Don’t miss it.

Listen to the bonus episode to learn the importance of writing what you know and how taking a step back can help you react to situations. 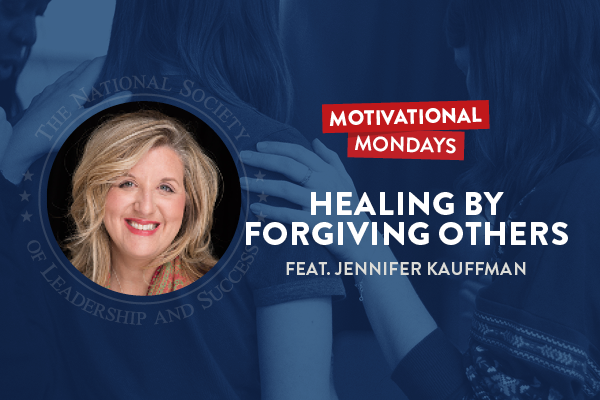 Healing by Forgiving Others