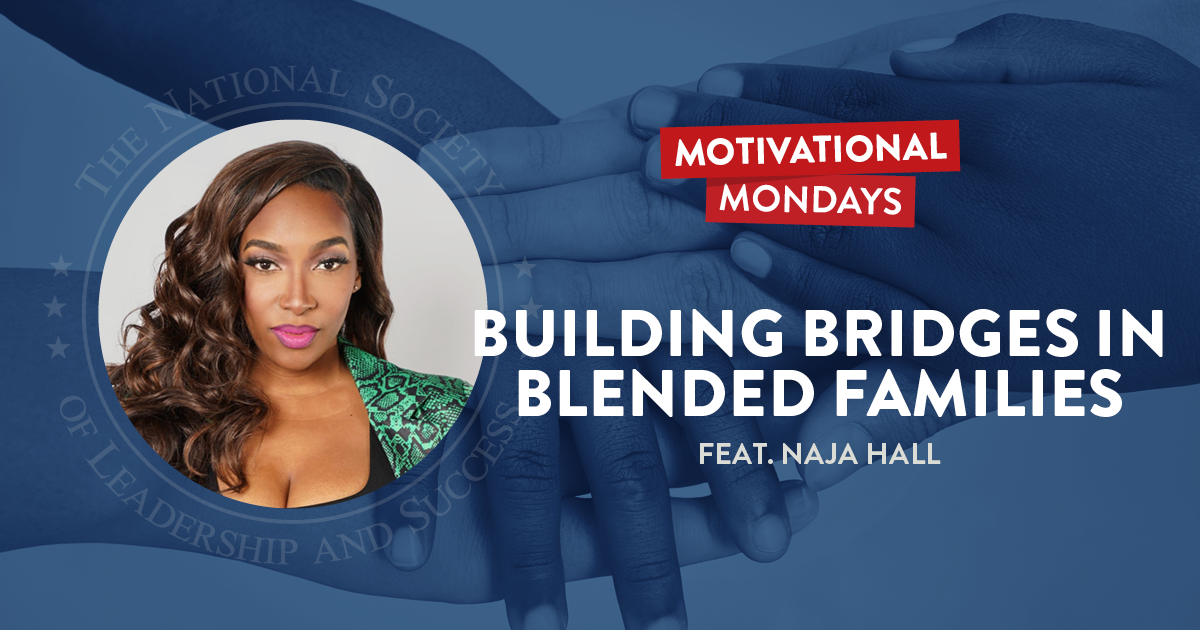 Naja Hall, dubbed the “Queen of Conflict Resolution,” is an expert on blended families and it all started when she became part of one. Her situation was challenging and the resources available to her were of little help. So, she did her research, shared what she learned with others, and became the resource she wished she’d had.

Naja says mainstream media doesn’t shine a positive light on divorced people trying to co-parent. If anything, co-parenting is associated with drama so Naja was hesitant to start dating a divorced man with a child. But she did and she ended up marrying him. But the drama she was worried about soon reared its head. She had to accept that she had joined a ready-made family.

Naja notes that your family is the first system you’re ever a part of and not all of them are functional. She began witnessing real-life childhood trauma and dysfunction and saw undiagnosed personality disorders at play. Naja spoke to a therapist to gain insight but it didn’t work. She also saw a preacher with no luck. The resources available weren’t helping. So she started to talk about her plight online.

As she started to gain more experience with handling her new family dynamics, she started to give advice. Soon, she was spending hours of her day helping people and now, she runs a full-scale coaching agency. She not only works with people in stepfamilies and blended families but she’s grown to coach A-list celebrities, politicians, and athletes.

The importance of learning healthy ways to resolve conflict

Naja says that when two people say they’re going to “love each other forever,” pop out a baby, and then break up, they don’t learn how to uncouple. They likely haven’t been taught healthy ways to resolve conflict. Many people have traces of borderline personalities and narcissism but can’t recognize it in themselves. So the significant other has to deal with that unhealed trauma and lack of ability to resolve conflict. It’s simple—they don’t know how to play in the sandbox together.

The language of pain is universal

Naja has a specific clientele: People who have seen therapists before. Her clients give her a rare picture into their souls, beliefs, and family systems. She also emphasizes that the same conflicts keep both white and Black families up at night. As a Black person, Naja feels her Black clients enjoy working with her because she speaks their language. Her white clients love her because she teaches from a systemic perspective.

What is the inspiration behind Naja’s popular Girl, Bye! book series? How does it help women who are caught in the middle of less-than-ideal co-parenting situations? Listen to the whole episode to find out.

Listen to the bonus episode to learn how to be honest in assessing your life and how to tell when it’s time to pivot your passion.

Becoming the Author of Your Own Life