From Barista to Business Leader

Mike McFall is the co-founder/co-CEO of Biggby coffee. He also wrote the book, Grind: A No-bullsh*t Approach to Take Your Business from Concept to Cash Flow. He started his career as a barista making minimum wage. Now, he’s built a franchise with over 300 stores in nine states. Learn how Mike became a successful business leader in this episode of Motivational Mondays.

Mike felt like there was a void in the world of entrepreneurial books. He saw that most business books were written by academics or uber-successful entrepreneurs. Mike wanted to write a book from the point of view of someone in the trenches, and points out that there are fundamental attitudes and perspectives that are critical to being successful.

WHY PEOPLE NEED TO BUY INTO YOUR VISION

Mike doesn’t believe your objective should be to get the room to align with your vision; the objective is to get the group to contribute to a vision that everyone buys into. Business leaders need to understand and recognize that they won’t always have the answer and that’s okay. You can build a team of people who know the answers that you don’t.

THE POWER OF KNOWING WHO YOU ARE

If you’re in a room trying to figure out who you’re supposed to be, you’re wasting your energy. Most people show up with an understanding that they need to “be” something. Instead, why not give all of your energy to what you’re trying to do? Leaders should create an environment where people don’t need to try to solve the puzzle of who they’re supposed to be.

FROM MINIMUM WAGE TO SUCCESSFUL CEO

Mike has always been inspired by the act of visualization. He believes the most powerful thing anyone can learn to do is create a vision for their future and make it a reality. He doggedly pursued his goals but he also believes that a lot of people give up too soon. If you stay focused and engaged, you’re more likely to reach the top.

Learn more about Mike’s unique approach to building a business in this episode of Motivational Mondays.

Listen to the bonus episode to learn the most significant ingredient to Mike’s success and the power of unwavering focus. 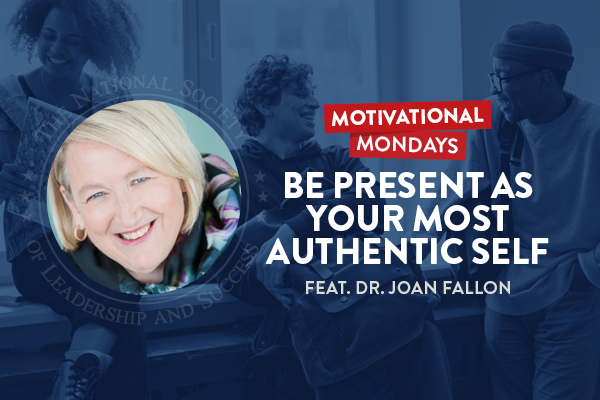 Be Present as Your Most Authentic Self