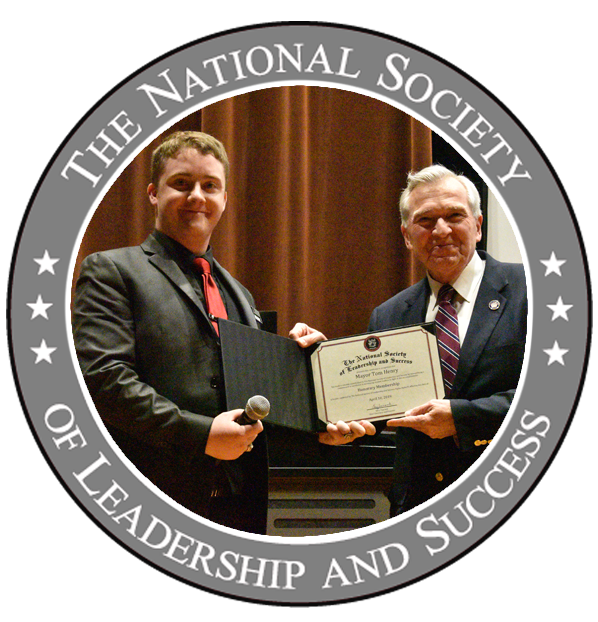 Members at Purdue University Fort Wayne were treated to a keynote address by Fort Wayne Mayor Tom Henry at the chapter’s induction ceremony in April. Nearly 70 members were honored at the ceremony, and Mayor Henry was presented with an Honorary Membership in the NSLS.

Chapter President Ryan Knight said that he wasn’t sure Mayor Henry’s schedule would allow him to attend the induction, but after hearing about the values and mission of the NSLS and the Purdue University Fort Wayne chapter, he quickly agreed to attend.

Congratulations to all the newly inducted members!

The NSLS chapter at North Carolina Wesleyan College recently held its second induction ceremony, inducting 90% of new members who joined last fall. The ceremony took place at the Dunn Center for the Performing Arts, and Ron Green, Chief Professional Officer for the Boys & Girls Clubs of the Tar River Region, provided the night’s keynote address focused on themes of generosity and love.