Influential Women Who Have Made Positive Change 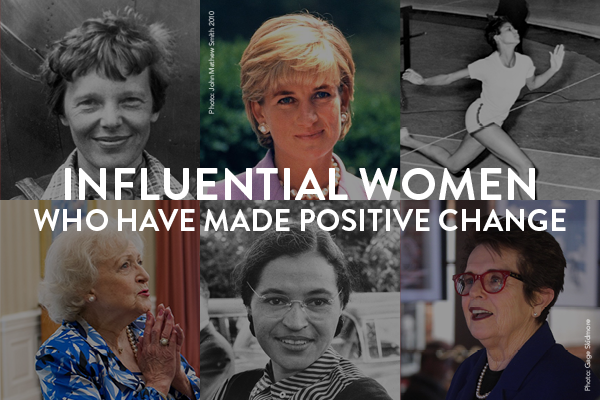 Women's plight for equality in America has been rife with challenges long before the suffrage movement of the 1920s. At the National Society of Leadership and Success (NSLS), we pledge solidarity with gender equality year round and especially as we celebrate Women's History Month in March, highlighting some of the most influential women, past and present.

Across various backgrounds, religions, and ethnicities, women have accomplished outstanding achievements in medicine, science, education, sports, media, and more. The following list features just a few iconic women who helped change the world through bravery, tenacity, and a relentless pursuit of equality.

Diana, the Princess of Wales, was born on July 1, 1961. She became a royal family member when she married Prince Charles. Diana's brave activism for the sick and underserved, coupled with relatability and impeccable style made her an international icon. However, she also received public scrutiny in her quest to maintain privacy as she raised her sons. A tragic car crash ended Diana's life in 1997 but to this day, she remains one of the most beloved figures in modern history.

Amelia Earhart was the first female aviator to fly solo across the Atlantic Ocean. She was also an author and was instrumental in setting many other records. As a revolutionary for her time, she helped form The Ninety-Nines Inc. International Organization of Women Pilots that promotes the advancement of scholarships, education, passion for aviation, and flight training. On January 5, 1939, Earhart was declared legally deceased as neither her nor her plane were ever found after she embarked on a solo journey.

When Rosa Parks refused to give up her seat to a white passenger on a Montgomery, Alabama bus in 1955, that action became the catalyst for a nationwide boycott against segregated buses. The boycott ultimately prompted one of America's most important Supreme Court decisions, which ruled in favor of integration in public transportation. Rosa Parks instantly became a cultural icon, referred to as "the mother of the civil rights movement."

Coretta Scott was born in Marion, Alabama 1927. She married Dr. Martin Luther King Jr. who led the fight for civil rights; however, she created her own legacy while being his wife. Until her death in 2006, King lectured in the United States and internationally, fighting against racial discrimination and raising awareness about economic disparity. We also had the honor and opportunity to speak with her daughter, Dr. Bernice King. Check out our conversation with the activist and global thought leader.

Madam C.J. Walker was an entrepreneur and philanthropist who rose from poverty in the South to become one of the wealthiest African American women. She is often referred to as "The First Lady Of Black Hair Care" because she created a lucrative beauty brand for Black women and their specific needs. Using resources from her business, Madam C.J. Walker was a staunch advocate for the advancement of African Americans and bringing an end to lynching. In 2022 her direct descendants relaunched the pioneering hair care line, introducing her legacy to a whole new generation.

Born in 1943, Billie Jean King is one of the most successful tennis players in history, with 39 Grand Slam titles to her name. She won 12 singles championships and 16 doubles while also securing 11 mixed-doubles victories during a career that saw her represent both America's Fed Cup teams and Wightman cups multiple times over. King is also a champion in her advocacy work for gender equality and social justice.

Wilma Rudolph was an American sprinter who became a world-record-holding Olympic champion and international icon. She solidified her place in sports history after significant victories in the 1956 and 1960 games. In the 1960s, Wilma Rudolph was known as the fastest woman in the world. She was the first Black female athlete to reach such success, even the first woman to win three gold medals in a single Olympic Games.

Magdalena Carmen Frida Kahlo, known as Frieda Kahlo, was a famous painter who explored life, nature, and human identity. She was inspired by her native Mexico and would often combine cultural components, realism, and fantasy in her paintings while also challenging societal norms. Kahlo had polio as a youngster and was nearly killed in a bus accident when she was a teen. While rehabilitating in a body cast, she began to concentrate on painting. She is considered one of the world’s most prolific modern artists.

Florence Nightingale was the founder of modern nursing and a social reformer and statistician. She came to prominence while serving as a manager for the war effort during The Crimean War, in which she organized caregiving efforts at Constantinople (now Istanbul). Her efforts helped her establish nursing as an admirable career. She became known as "The Lady With The Lamp," making rounds late at night to care for wounded soldiers.

Adeline "Virginia" Woolf was born on January 25, 1882. She became one of the most important modernist 20th-century authors and pioneers, using stream-of-consciousness as her primary narrative device. From the late 1800s to the early 1900s, she attended the Ladies' Department of King's College London where she studied classics and history. During this period, many reforms in women's higher education occurred, bolstering the plight of women's rights, of which Virginia Woolf was a staunch advocate.

Mary Wollstonecraft Shelley was an English novelist who, at age 19, wrote the classic gothic novel, Frankenstein. It was initially entitled, The Modern Prometheus. Her works explore themes of sacrifice and revenge against nature in a male-dominated world. Today, it’s surmised that Shelly's work is synonymous with modern-day popular science fiction novels — but told from a woman's perspective. She was heralded as one of the most prolific young writers of her generation and an advocate for women's equality.

Betty White was born on January 17, 1922. One of America's most celebrated actresses, she became one of the first women to work both in front of and behind the camera in a career spanning multiple decades. Over the years, she was named honorary Mayor of Hollywood, dubbed the “First Lady of Game Shows,” produced a sitcom that contributed to her success, and co-starred in some of the most successful sitcoms in history. Betty White was the last surviving cast member of the Emmy award-winning comedy series, The Golden Girls. She passed on December 31, 2021.

Our Commitment to Women All Year Long

We hope you have enjoyed learning about the phenomenal women featured in this article. At the NSLS, we acknowledge that women's history has often been overlooked and their accomplishments not publicly recognized. We proudly vow to be part of the solution, as every day we celebrate the strength, resilience, and accomplishments of all women.

One such woman is Olympian Raven Saunders. She is inspiring the next generation of women through advocacy for mental health and wellness. Listen to her story on Motivational Mondays. 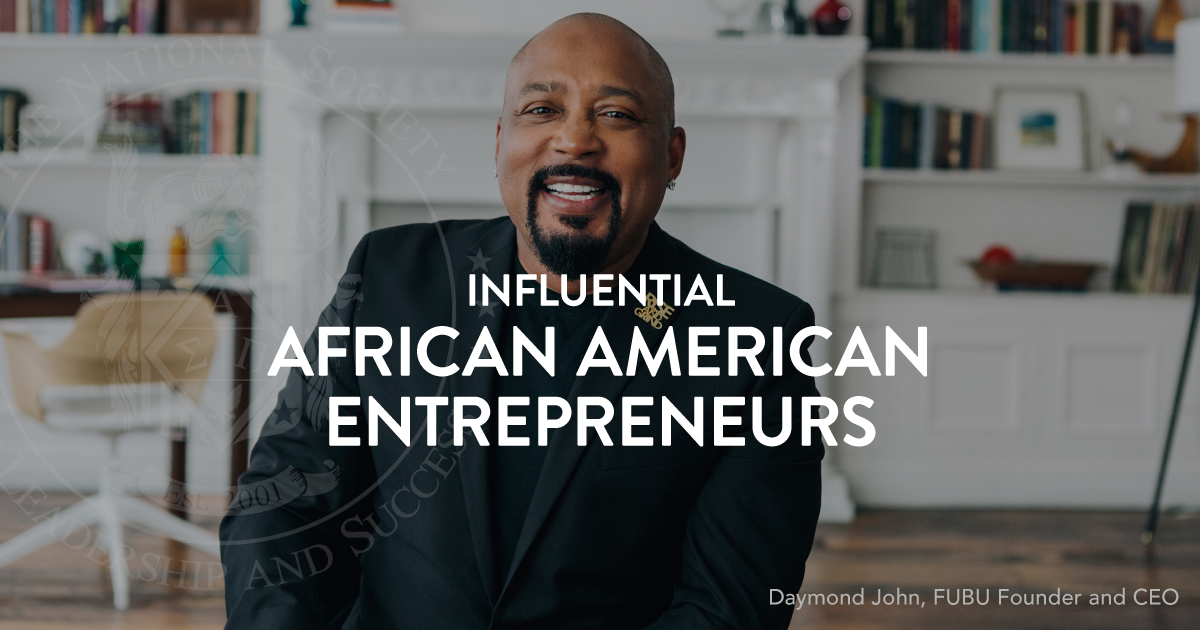 But what is entrepreneurship? People assume it represents a go-getter with a genius idea for a business start-up. Though that can be true, it's more about savviness and embracing risk versus reward. According to Entrepreneur, entrepreneurship differs from merely being a business owner in that entrepreneurs take on more risk and reap greater rewards.

With that in mind, we are highlighting some African American entrepreneurs who took on big risks to chase down bigger dreams.