Oladotun “Ola” Idowu grew up obsessed with all things pop culture. After struggling to determine what she wanted to do with her future, she discovered the media program at Syracuse University.

Now, she’s an Entertainment Content Partner Manager at Twitter but her journey wasn’t easy. In this episode of Motivational Mondays, she shares the unique path she took and why she started Sisters in Media, an organization to help include more women of color in entertainment.

When Ola started her career at NBC, she realized the world outside of college was far different than what she’d anticipated. Syracuse was a predominantly white school but she had placed herself in circles where she didn’t notice. All her friends were Black and she joined only Black programs like the National Association of Black Journalists (NABJ) and the African Student Union.

When she arrived at NBC, she was the minority. One week, she came back excited to talk about the BET Awards and no one in the office knew what she was talking about. Ola watches the Oscars, the Golden Globes, and the Grammy Awards, yet no one else watched the BET Awards? It was a cultural shift for her.

Ola decided to make her own experience. She actively sought out every Black woman in the office and built a community. But men and women of color should not have to actively seek out other people of color. There needs to be diversity in media at every level in every organization.

Who You Know Is Everything

Ola never landed a job by just applying. Every job she’s ever had was through a referral or connection. She realized that it’s no different in the media. If you know people, you have advantages. She got her job at NBC by sending cold messages on LinkedIn. A random woman who had connections at Bravo helped her get an interview. She didn’t get the job but the recruiter referred her to the USA network, which worked in her favor.

She found herself asking: What if her mom was in the industry? What if her dad was an executive? Where would she be? She envied people who had connections; she felt it was unfair. The majority of industry leaders are white and tend to hire white people. But what if she was the CEO of a company? She stated that she’d hire her people. Ola feels she can’t be upset because when it’s her turn, her squad will be colorful.

The Mission and Vision of Sisters in Media

Ola shares, “The purpose of Sisters In Media is to increase the presence of women of color in entertainment while making valuable contributions to the industry and society at large. The organization is committed to the belief that diverse women should be presented with more industry connections and offered more opportunities to develop a career in media.”

Listen to this episode to learn how Ola’s love for pop culture led to her becoming an Entertainment Content Partner Manager at Twitter.

Listen to the bonus episode to learn about the importance of checking in on loved ones and doing wellness checks, and why we need to dedicate the time to care for our own mental wellness. 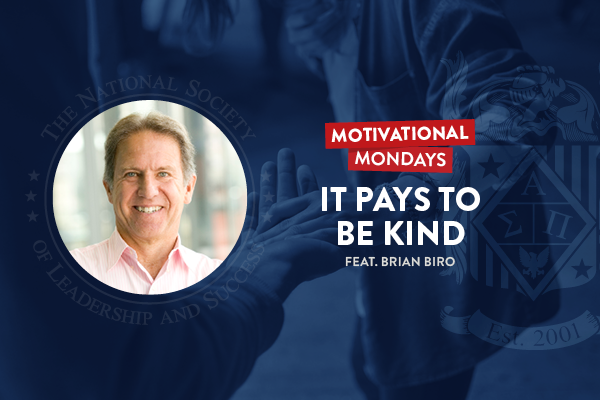 Be a Better Leader Through Kindness and Active Listening