Success Through Resilience and Clear Communication 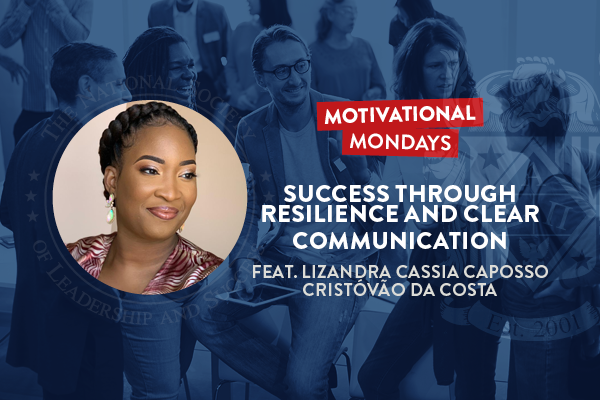 At just 30 years old, Lizandra Cassia Caposso Cristóvão da Costa is the Deputy General Director of the Ministry of Health in Angola. She is responsible for the procurement and distribution of medication and medical equipment for the entire country.

As a proud NSLS Alumna, Lizandra brings her impressive story to this week’s episode of Motivational Mondays, sharing how she accomplished her notable career trajectory, including how resilience in the workplace played a role.

Lizandra’s Journey To Her Current Position

Lizandra has held multiple senior positions within the Ministry. She started her career as the Administrative Director for Lucrécia Paím Maternity, the biggest maternity hospital in the country, with over 400 beds.

As Lizandra grew within her role, she was promoted to the Consultant for the hospital area at the Ministry of Health, a role in which she excelled for three years before being promoted to her current position.

Lizandra considers herself a natural-born leader and she wants everyone around her in a supportive environment where they can grow and flourish within their roles. Lizandra believes that leadership isn’t just about motivating and influencing other people. She likes to set team goals which she finds easier to accomplish than doing them alone.

Lizandra believes that the NSLS helped her understand what it takes for leaders to create an environment where everyone is confident they can reach their shared goals. She feels she can use what she’s learned to inspire her generation and beyond.

Being Resilient In The Workplace During Difficult Transitions

Lizandra shares there is a perception that her generation often seeks immediate gratification. She wants to remove that stigma from people’s minds and let her peers know goals are reachable through hard work and persistence. These ethics help shape success and build a foundation of positivity, emotional stability, and balance.

She notes that it’s okay to want things to change quickly but you also have to understand that there is a process. It’s an active process of molding ideas, visions, and setting goals. Lizandra shares that you have to “Grow in every area of your life for you to start impacting your society, your community, and one day your whole country.”

Balancing Motherhood And Business With A Support System

Lizandra has a whole life outside of work in which she manages life with 4-year-old twins and a 7-month-old with her loving husband. There are times when it’s challenging but she emphasizes that a good support system will take you far.

Lizandra’s husband understood her vision and they’ve both made sacrifices for their family. It takes a lot of trust and persistence to hold her ground and not let others define her by her choices.

Listen to the bonus episode to learn the importance of having support systems and learning to embrace having a process to accomplish a goal. 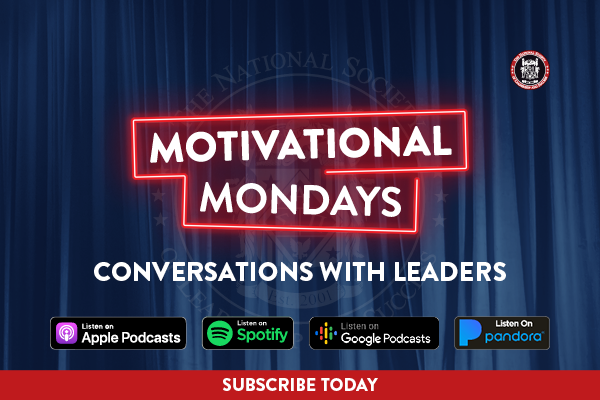 Motivational Mondays: Now Available to the Public! (What to Expect)