What Is Autocratic Leadership 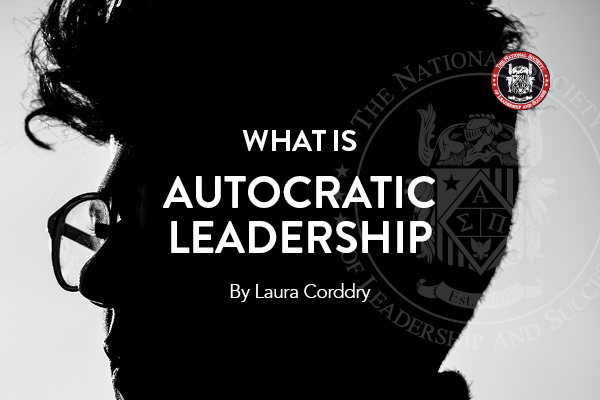 I recall dinners as a child around the large oak dining room table, Dad describing his day as my brothers and I struggled to eat another dry pork chop that my mother had left in the oven a bit too long. After his long commute home, he would wearily describe his meetings and interactions that day with a sense of frustration.

As a child, I wasn’t really sure what my Dad did for a job. He simply described it as ‘Airport Stuff.’  In reality, he worked at a large metropolitan airport for over 30 years, slowly increasing his responsibilities until he retired as the Aviation Construction Manager.

The frustration in his voice each night wasn’t because he didn’t enjoy what he did. He loved his job and saw himself, and eventually his team, as an essential part in helping the world get to where they needed to go. His frustration stemmed from the fact that he was being managed and not led.

In other words, my Dad’s boss was an autocratic leader who told his team what to do, didn’t mentor team members on how to improve, didn’t ask for feedback or suggestions, and didn’t celebrate team wins.

What’s the Difference Between a Manager and a Leader?

I remember the tone my Dad used to describe his own manager. As a young girl, I understood the ‘boss’ to be the person who had the power, who made the decisions, and who had ultimate control. During these dinner time discussions there was never any mention of a leader, or leadership.  That’s because my Dad’s manager was a boss and not a leader.

As time passed, I noticed that my Dad began to dress like he was going to church, with a suit and bold tie. He had moved into a management role, but I didn’t know that right away because my Dad was a humble man who didn’t often talk about his accomplishments. Instead, he talked about the accomplishments of others. He described, with excitement in his voice, what a group of people had accomplished together, or a deadline they had met.

It wasn’t until years later when I was an adult at his retirement party that I realized my Dad was displaying characteristics of a servant leader. During the party, countless colleagues approached my brothers and I to describe the ways in which my Dad had positively impacted their work experience and their life. Even those who my Dad had talked about with so much frustration in his voice shared stories of how he had improved a process or achieved a goal.

After years of studying different leadership styles and theories, I know why my Dad was so frustrated. By nature, he was a servant leader, always guiding others and celebrating their wins. On the other hand, early in his career, his bosses were autocratic leaders who didn’t align with my Dad’s personality (or successful leadership in many instances).

What Is an Autocratic Leader?

Autocratic, or authoritarian leaders, are often described as those with ultimate authority and power over others. These leaders tend to make choices based upon their own ideas alone and do not listen to their team or seek input from others. Autocratic leadership is gained through punishment, threat, demands, orders, rules, and regulations (Flynn, 2019). This was the kind of leader that I would hear my Dad describe each night around the dinner table as a child.

It may not come as a surprise, but this is no longer a popular leadership style. Still, there are times when this style is most applicable and appropriate.

When Does Autocratic Leadership Work Best?

An autocratic leadership style works best in situations where executing absolute control in a time of battle or crisis is necessary. We look to leaders in those situations to make the difficult decisions and to communicate and execute a strategy with an unwavering focus.

For example, this style may be used by military leaders executing strategy on the battlefield, or by a leader overseeing an active and dangerous emergency. These are situations with high stakes and consequences, and where the wrong decision can come at a huge cost. During these times, it’s important for there to be one clear voice giving direction.

In my Dad’s situation, his workday included plans for new roads and traffic patterns, building maintenance and upkeep, and meetings with contractors – not life-threatening situations, which is why the autocratic leadership style didn’t work well. You can be sure that my Dad wasn’t the only frustrated person sharing stories with his family over dinner.

Why Do Authoritarian Leaders Fail?

An autocratic leadership style, when used outside of an applicable context (ex. military leader) can drive discontent, high attrition, and fear among employees.

For example, I could see the dissatisfaction on my Dad’s face each night (though that may have been related to the dry pork chops) as he spoke about management. An autocratic leader does not trust their team with decision making and execution, which is why they feel as though everything must flow through them.

Building a successful team takes a great deal of trust, which is why it is a crucial part of leadership. My family was very involved in the Boy Scouts of America growing up, and those families, children, and leaders always trusted my Dad. He was a different person in those situations from the person I saw at the dinner table. He was content, humbly confident, and empathetic to the needs of others.

As a child, I didn’t understand how work culture fed into the morale of a group, and how my Dad would be so different in different situations. Now, I realize the difference. In one situation he felt confined, unable to make decisions, and only followed orders. In the other, he felt empowered, had the trust of leadership to make decisions without asking for permission, and could support his team to achieve a goal.

How to Avoid Being an Autocratic Leader

Leadership is not all about you. I know this likely comes as a shock to autocratic leaders everywhere, but leadership is all about your people, your colleagues, and your teams. In fact, as other leadership styles, such as servant leadership and transformational leadership, reveal, successful leaders establish trust, actively listen, celebrate the accomplishments of their team, and provide ongoing coaching.

Luckily, I had a perfect example of how to avoid becoming an autocratic leader in my Dad and I still look to emulate him in my role as a leader.

Trust plays a critical role in the empowerment of people. As a leader, I often share that my goal is to hire people who are smarter than I am, provide coaching, resources, and support, and get out of their way. I TRUST them to do an excellent job, which allows them to test new ideas and learn from both successes and failures.

Trust within a team fosters honest and open dialogue among colleagues and nurtures relationships. Without trust, a leader will fail to motivate and inspire members of their team. Trust is built over time, through exchanging ideas and providing opportunities for team members to shine.

Autocratic leaders don’t invest time in developing trust because they feel everything must go through them and be their way. This does not create an environment for employees to flourish and leads to frustration.

Great leaders actively listen to those around them, creating a culture of collaboration and creativity. This is what I observed in my Dad at each of the Boy Scout meetings. He listened to each scout’s ideas and experiences with genuine interest and fostered a sense of community. He would call upon other adult leaders who had different skills and expertise to participate in planning for the troop.

He did not know everything, which was key to his success. He knew when to call upon others, and when to hold up a flag asking for help and support. Often the people who are closest to the work at hand have the best and most innovative ideas. When provided with the space and time to collaborate with others, the ideas can come to life.

One of the practices that has made Google famous is that they allow employees to carve out 20% of their time to focus on creative and innovative projects outside of the scope of their typical workday. This practice supports collaboration among employees and encourages their creativity. Many ideas have come from this practice that have helped the company, including Gmail.

Effective leaders recognize and celebrate the accomplishments of others, and give credit where credit is due. These are leaders who spend time listening to their team members and learning how they prefer to receive recognition. Some employees appreciate being called out in front of everyone at the company meeting, while others prefer a more subdued ‘nice job.’

Recognition should be timely and specific, acknowledging an accomplishment, behavior, or result from a whole team or individual. Leaders can be very creative with recognition, creating fanfare and awards, but a simple thank you for a job well done goes a long way, too.

It would be difficult for an autocratic leader to provide regular recognition and praise to their team, unless, of course, they are praising them for following their specific directions.

A successful leader offers ongoing coaching and invests in the development of the talent on the team. Leaders who focus on developing the skills, knowledge, and perspectives of their teams are not only providing tools to help these employees be successful, but often have a focus on the development the employee needs to prepare them for what lies ahead. Additionally, now each team member feels as though they are valued and being given an opportunity to grow.

I would wager that an autocratic leader would likely deny access to professional development opportunities for their team, since they already have all the answers and make the decisions. To the autocratic leader, it would be a waste of time and money. Instead, they often feel as though people are replaceable because they are only executing the leader’s ideas.

Lead with Empathy and Kindness

When my Dad retired, I heard story after story about his impact. What resonated with me was the way colleagues spoke about his empathetic nature and genuine kindness and compassion. He created an environment of psychological safety where team members were free to share their ideas and thoughts.

He had obviously seen the damage that an autocratic leader can do to a team and did not want to follow in those footsteps. My Dad would have never made a good autocratic leader, it just wasn’t in his blood. I do, however, wish that he had exerted a bit more power and control over the menu selection in our home.

Laura Corddry, M.Ed., is the Associate Vice President of Student Experience at Southern New Hampshire University (SNHU). She has spent her entire career in the student services and support side of higher education with an operational focus, including call center and workforce operations, online community management, dispute resolution and risk assessment as well as employee engagement, communication and training. Laura is a lifelong resident of Massachusetts where she lives with her wife and two children, ages 17 and 19. 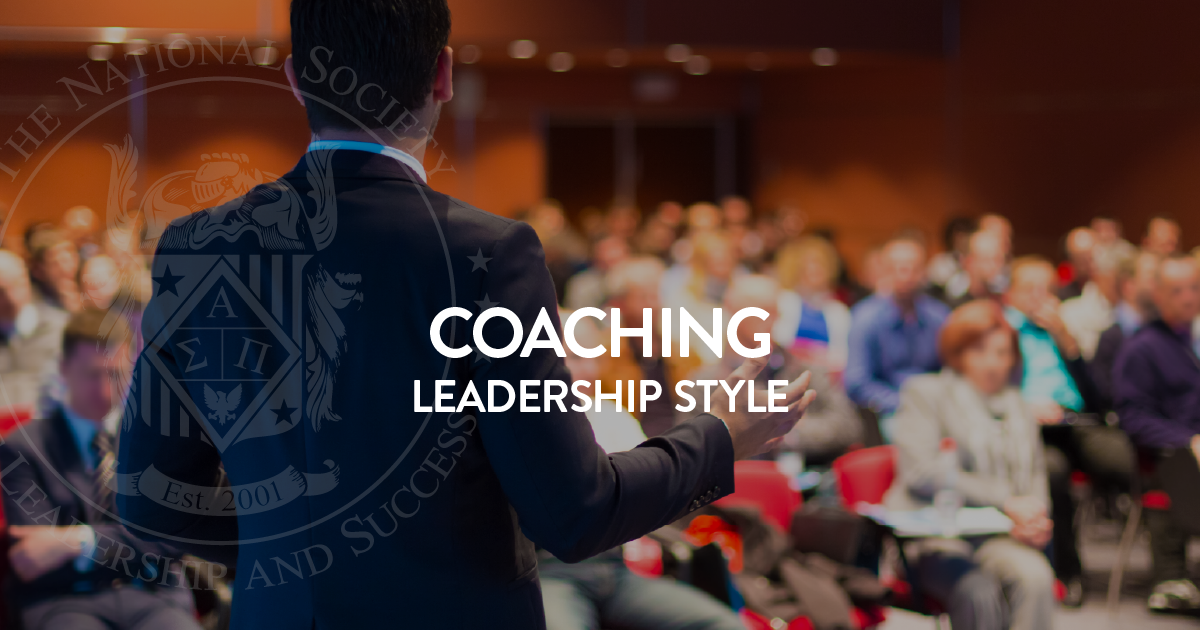 What Is the Coaching Leadership Style?

But what is the coaching leadership style, how does it work, and what are some of the benefits of using it?