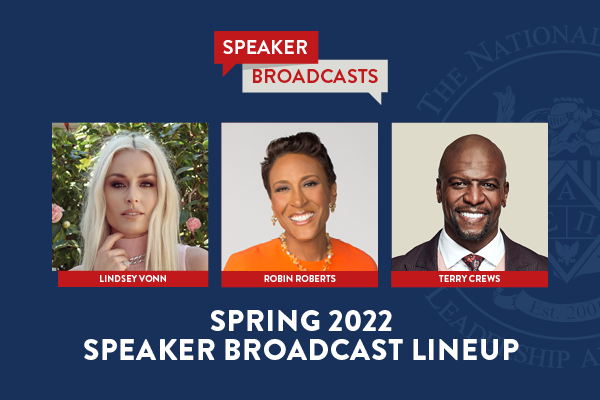 Learn more about these notable speakers below:

Rise: A Conversation with Lindsey Vonn 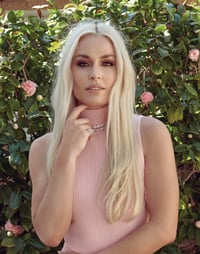 Lindsey Vonn is an Olympic gold medalist and alpine ski racer who competed for the U.S. Ski Team. The most decorated female skier of all time, she holds four overall World Cup titles and is one of only six women to have won World Cup races in all five disciplines of alpine skiing. She was also an NBC news correspondent during the 2014 Winter Olympics and is the founder of the Lindsey Vonn Foundation, which works to empower and enrich the lives of girls and young women. Join us as Lindsey talks about grit, resilience, her battle with depression, and the sacrifices she made to become the greatest to ever do it.

Strength Comes from Within 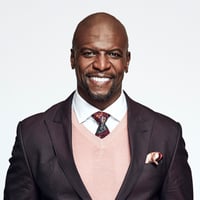 Terry Crews is an actor, former NFL football player and a TIME "Person of the Year." He's a public advocate for women's rights and an activist against sexism. Join us as Terry talks about escaping an abusive childhood, his career, his lifelong obsession with strength and how, after looking for it in all the wrong places, he finally found it.

Brighter by the Day 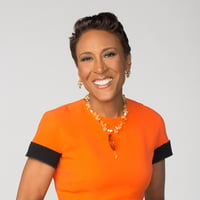 Robin Roberts is the anchor of ABC's Good Morning America and New York Times best-selling author of the memoir, Everybody's Got Something. Under her leadership, the broadcast won three consecutive Emmy Awards for Outstanding Morning Program and has been the #1 morning show in America for nine years running. She's been the recipient of numerous awards, including a Peabody for her documentation of her own medical odyssey and the Arthur Ashe Courage Award. Join us as Robin discusses her career including the victories and the obstacles she's overcome along the way.