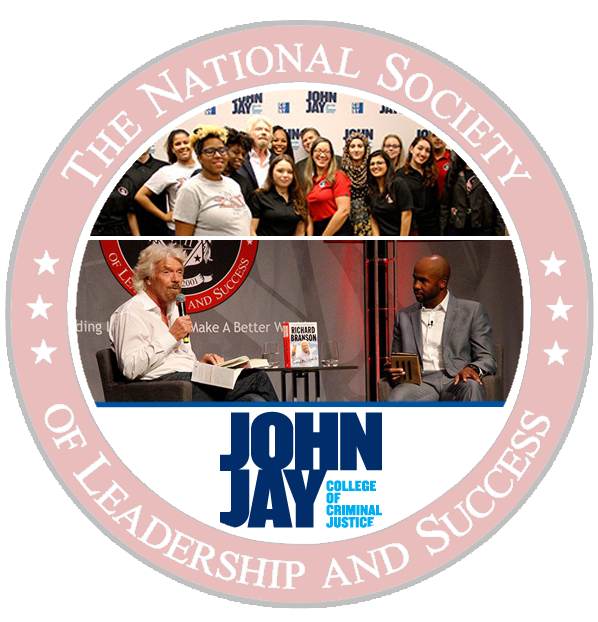 On October 17, Sir Richard Branson visited John Jay College to speak about the role of social good in business as part of a live national broadcast organized by the National Society of Leadership and Success (NSLS). “Your idea must make a positive impact in people’s lives,” Branson said in front of an audience that included students, staff, faculty, and President Karol V. Mason. “Otherwise what's the point?” As part of their goal to develop the leadership potential of students, NSLS, which has over 500 chapters on campuses nationwide, offers students the opportunity to hear from influential leaders from a variety of fields. In addition to Branson, NSLS has hosted talks with Trevor Noah, Anderson Cooper, Arianna Huffington, and many more. Because they are broadcast nationally as well as recorded for later viewing, each talk is accessible to students regardless of where they are based. At John Jay, the NSLS chapter is relatively new at only three years old, but the chapter’s future has been promising since its inception in 2015 when former student and Forensic Psychology major Angelica Puente-Soto approached Danielle Officer, Director of the Center for Student Involvement & Leadership, with the idea to start the chapter on campus. Once approved, the program quickly grew. “Our goal was to have 50 students, but in that first year, we had nearly 600. We ended up having induction in the school gymnasium, and the President of the Society attended,” said Officer.