How to Reflect on Past Experiences to Redefine Your Normal 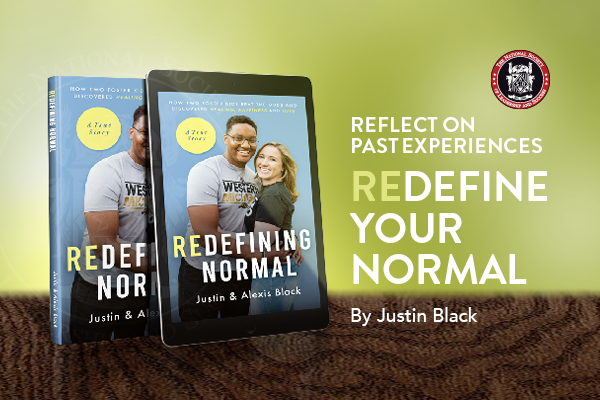 What is your normal? In order to grow and obtain self-love and respect, we need to reflect on past experiences to recognize our weaknesses, insecurities, and possible negative influences from our family and community. The harsh reality is that we can’t lead unless we deal with our own issues. That’s why healing is one of the key elements of servant leadership.

We all have experiences that have a profound impact on how we make decisions, communicate with others, and try to improve. In order to reach our full potential, we must face these memories. Mine happened when I was nine years old.

Back then, I was accustomed to the poverty-stricken drug-induced neighborhood my family and I lived in. It was ours. It was home. Our way of life was acceptable in our community, but the day that Child Protective Services (CPS) came knocking on our door, my life changed forever.

How I Entered the Foster Care System

My transition into the foster care system was a wild one. At the time, my parents were separated and my mom had a new boyfriend who enabled her addiction. In October of 2005, my mom welcomed a former co-worker who was escaping an abusive relationship to stay with us.

My mom had a heart for those experiencing physical abuse because she had dealt with similar issues with my dad. Though addicted to drugs, my mother was comforting to the weak and needy. If a friend of ours became homeless, she’d offer a couch or our room as a shelter without hesitation. My mom tried to make sure that no one around her had to suffer. Unfortunately, addiction blinded her of the true suffering we endured at the time.

Her former co-worker only stayed with us for a week, but it didn’t take long for her to notice the quality of life we were living. We were months behind on rent and regularly without hot water and heat. The refrigerator was always empty until the first of the month when we received our food stamps. When someone turned on a bedroom light, hundreds of roaches would scatter. The mattresses had bed bugs and many other insects shared our walls. My mom’s drug addiction got worse with her new boyfriend, which is when her former co-worker stayed with us.

One or two days after she left, Child Protective Services (CPS) knocked on our door. We didn’t want to be separated from my mom, so we left as a family.

On the run from CPS, my mom, two older brothers, and my pregnant sister resorted to living in an abandoned house in our old neighborhood of Southwest Detroit. Including my sister’s boyfriend, there were six of us living together in one abandoned house. We had no water, no heat, and no income. My mom disappeared regularly for days at a time, so my sister and her boyfriend assumed the role of our parental figures at 18 and 20 years old.

Unfortunately, the bad influences of the community only made my mom’s drug use worse. Even though all the signs were there, I never believed my mom did drugs. When she went to rehab for a short time and CPS paid regular visits, my heart never allowed me to accept that she was addicted. In fact, it took years until she actually said the words for me to fully believe it.

Other addicts from the neighborhood regularly showed up at our house. Around this time, my dad came back and continued his drug dealing. This was the first time I had seen him in action. I grew up around dealers so discovering that my dad was one didn’t mean much to me.

Our house officially became known as a trap house, or one known as a place to buy and use drugs. Addicts would sit on the couch next to me as they waited for my dad. They would often try to make small talk with me, but I ignored them most of the time because I knew they were addicts.

Living in an abandoned house during the fall wasn’t bad, but Detroit’s winter winds are brutal. Living in a home with no heat during the winter became unbearable.

Without running water, we had to scoop snow off the ground, carry it inside in buckets and wait for it to melt to use as makeshift showers. No one in the house had a bed, so we piled up clothes on the floor to sleep on to avoid feeling the cold wood and sharp nails sticking out. We lived on baloney, peanut butter and jelly sandwiches, and anything we could easily make. To this day, the smell of gasoline instantly makes me think of the heaters we used to warm our dinner. By the end of January, everyone in the house was sick.

My sister was only a few months from having her baby and my brother Andre was due to have his first child any day. Even as a nine-year-old, I began to realize how bad our situation was. On top of everything, my mom told us to make her funeral arrangements, instructing us on every detail, even down to the music she wanted played. Unfortunately, at this point my mom had no option but to let us enter the child welfare system.

All four of us separated on our individual journeys. Now, it was up to us to figure out life on our own, without the foundation set by our parents. I still clung to the faith I’d had in my parents. They weren’t perfect, but I believed they still tried to do the best for us.

At the same time, I felt that they had let me down completely. We had experienced terrible things. They had allowed drug addicts into our home. We slept on piles of clothes. This was not a normal childhood.

This is where my mental health issues began. Filled with anxiety I thought, “If I couldn’t trust my parents, who would I be able to trust?” While everyone’s story is different, these are the underlying issues that can impact how we treat others, how we judge ourselves, and result in limiting our potential. Unfortunately, it’s all too common in many communities.

Drug abuse is a result of unhealthy ways to deal with mental health issues. I first tackled my issues because I wanted to end the generational cycle of neglect, abuse, and addiction. However, many Black communities have been deprived of information on positive ways to maintain or improve mental health.

The resources that other ethnic groups have access to compared to those available to Black communities puts youth like me at an immediate disadvantage. Society has put a dollar value on mental health and if you can’t afford a counselor, then you’re out of luck. Of course, mental health support and the stability it offers help pull impoverished communities away from the brink of destruction.

Many impoverished Black communities have little, if any, access to information about mental health. Without these resources, Black youth are positioned for failure, stuck in patterns of unhealthy behavior, creating an imperishable cultural hierarchy among ethnic groups in the U.S.

Anxiety and depression are swept under the rug in Black communities, usually going unnamed and unaddressed. Black men make up more than half of the prison population in this country, meaning that huge numbers of Black children are growing up without their fathers. With the appropriate therapeutic resources, the number of Black men behind bars would drop drastically, which would contribute greatly to reducing the violence and poverty in Black communities and households.

Because I grew up in a household that lacked any knowledge of how to resolve conflict healthily, I was positioned to become another statistic. It wasn’t until I took advantage of the resource (and privilege) of counseling that I learned how generational cycles could be reversed and how to disrupt the path of brokenness set for Black men and women in impoverished communities.

Discover How to Redefine Your Normal

It took years of hard work and facing many demons from my past, but I was finally able to overcome my mental health issues. I’ve also been fortunate enough to travel to over 30 countries while earning my undergraduate degree. Now, my mission is to help others as an author and business owner.

Learn more about how you too can redefine your normal in our new book Redefining Normal: How Two Foster Kids Beat The Odds and Discovered Healing, Happiness, and Love available now at re-definingnormal.com and on Amazon.

Justin Black created the Rising Over Societal Expectations (ROSE) Empowerment Group with a vision to close the information gap for today’s generation of Black and Brown young adults after his experiences as a Black male in the foster care system. He has also developed policy recommendations while working with the National Black Child Development Institute resulting in a publication titled The State of the Black Child Report Card: Washington State.

Black studied urban and community development as well as a political and economic philosophy in countries such as Rwanda, Uganda, Senegal, and South Korea. In his spare time, Justin loves watching sports and enjoys hot wings.

He aspires to challenge and expand the ideologies of how to build prosperous communities through interdependence and entrepreneurship. 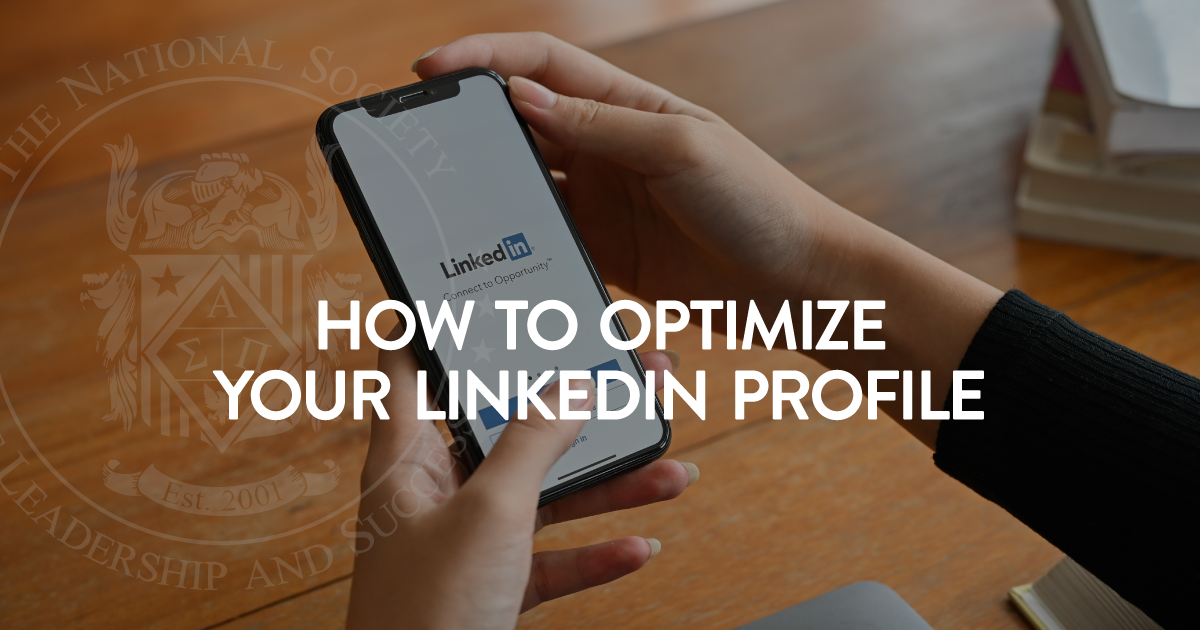 How to Optimize Your LinkedIn Profile

Optimizing your LinkedIn profile is a great way to land your dream job, break into the workforce after college, or simply connect with other members of your field.

While the platform itself is pretty straightforward, some may still find LinkedIn optimization intimidating, especially if they have limited experience.

Today, we’ll go over best practices to optimize your LinkedIn profile based on two common situations: college students or others seeking to enter the workforce and seasoned professionals looking to get the most out of their profiles.