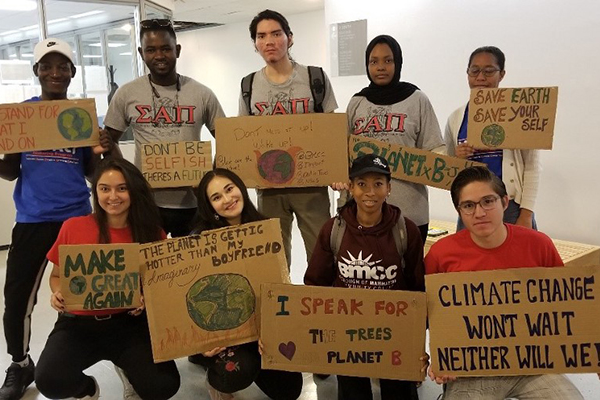 The BMCC chapter of the National Society of Leadership and Success represented the BMCC community at the Climate strike in New York City on Friday 20th September, marching to empower students stand up for their beliefs.

A little over a year after her first strike outside of the Swedish Parliament, the sixteen years old activist Greta Thunberg marched through the streets of New York City on Friday 20th September accompanied by some 250,000 teenagers and protesters to demand action regarding climate change. The protest gathered people from all over the city, who took the streets of Lower Manhattan to make their voices heard. Among them were a dozens of NSLS members from BMCC Borough of Manhattan Community College.

How to Reflect on Past Experiences to Redefine Your Normal