Letter from the President

With March Madness right around the corner and Thaddeus Bullard’s Speaker Broadcast fresh in my mind, I can’t help but be reminded of the leadership lessons we can learn from sports.

“I've got a theory that if you give 100 percent all of the time,
somehow things will work out in the end.”

Sometimes you win, sometimes you lose...great leaders get back up:
Each year during the NCAA’s March Madness tournament there are top seeded teams we expect to make it to the finals. But of course that’s never what actually happens. Last year we watched Duke, a favorite to win the national title, fall to a No. 7 seed in the opening weekend. Villanova, the reigning champs, were knocked out in the second round.

The lesson here is that even the most seasoned leaders with extraordinarily talented teams experience setbacks. Your past wins do not necessarily guarantee future success. Great leaders learn from their failures and use this knowledge to come back stronger in the future.

Believe that you can. “Can’t” is not a word:

During his recent Speaker Broadcast, Thaddeus Bullard spoke about what it means to “Be A Champion of Character” and shared the one word that is not in his vocabulary...“can’t.”

Thaddeus’s younger years were anything but a walk in the park, and it wasn’t until he adopted a can-do attitude and a strong belief in self, that he went from problem child to collegiate Hall of Famer, professional athlete, dad of the year, and steadfast humanitarian. Leaders believe in themselves and their mission and do not let self-doubt get in the way.

Be your best, most-authentic self:

Freestyle aerial skier Ashley Caldwell was named to the 2010 U.S. Olympic Team after competing in the sport for only two seasons. After injuries forced her out of competition for two years, she came back stronger than ever to win gold at the 2014 Winter Olympics. She followed that up by becoming the first female skier to land a quadruple twisting triple back flip while competing at the 2017 World Championships.

When asked about her secret to exceeding limits, Ashley said, “This has always been my mentality: Why win with less when you can win with more? I don’t want to go out there and show the world my easiest trick. I want to show the world my best trick, me putting everything on the line to be the best.”

This month I encourage you to be your best self, test drive a can-do attitude, and see what opportunities await you at the finish line.

Charles Knippen
President
The National Society of Leadership and Success

Continue reading below in the Monthly Motivation section for Leadership Lessons from March Madness.

We are excited to announce that the finale to our Spring 2018 Speaker Broadcast season is just weeks away!

Here's your chance to ask Scott Hamilton a question during his talk on Tuesday, March 13th.

Click below to hear a special message from Scott. 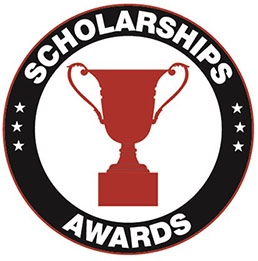 The Society has partnered with Leadercast to provide supplemental leadership content as an exclusive member benefit. Leadercast exists to help people become Leaders Worth Following, as the Society’s mission is to continue building leaders who make a better world. In partnership, Leadercast and the Society have curated a list of video resources, with associated Take Action steps, to support your growth and development as a leader.

Enjoy six videos for free! If you like what you see and want to continue with more valuable content, Leadercast offers Society members an annual membership for just $79. Click here for more information.

For the full list of partner discounts you receive as a Society member, please log into the Members Area by clicking here. 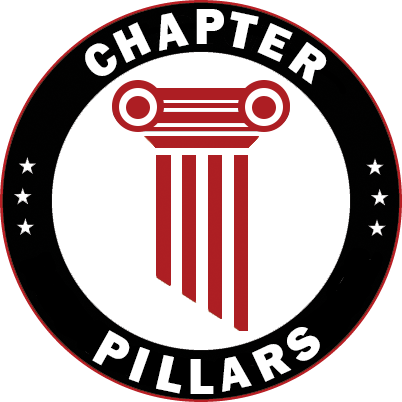 Pillars represent the ten best practices of successful chapters.
We are excited to recognize our chapters that have gone above and beyond by receiving the Founder's List and Order of Sigma awards this spring. Congratulations! 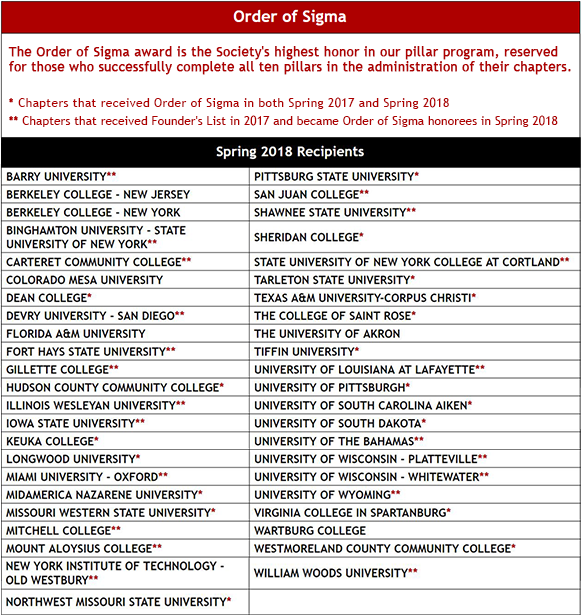 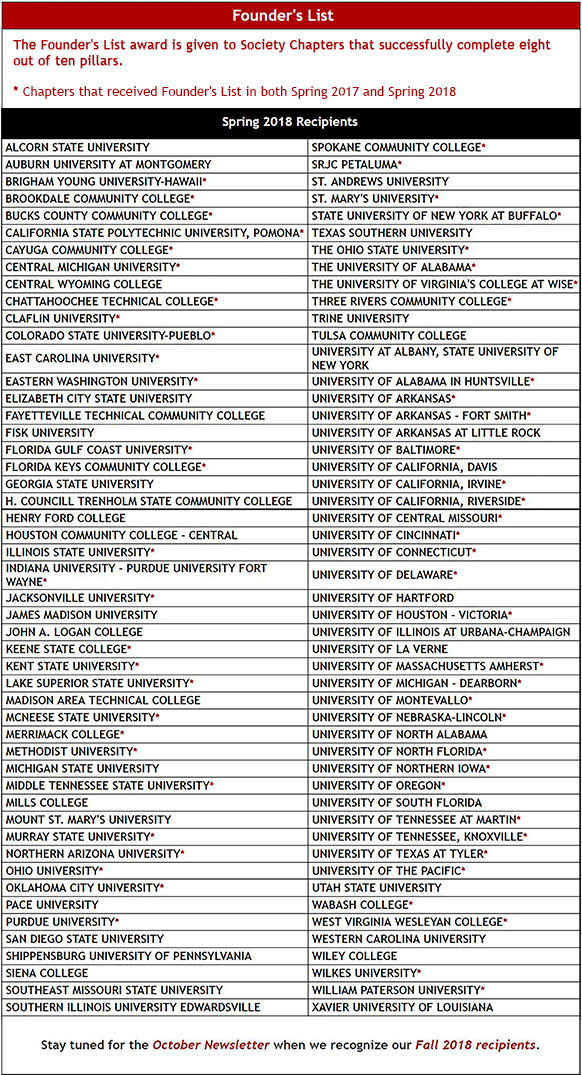 “Leadership is diving for a loose ball, getting the crowd involved, getting other players involved. It's being able to take it as well as dish it out. That's the only way you're going to get respect from the players.”

It's inevitable. Once March Madness begins, workplace productivity plunges. Office pools and brackets push aside work schedules, and employees spend more time around the water cooler discussing teams and players than working. Bosses tear their hair out trying to get the job done. And forget about fighting it. This is one of the most exciting spectator sports events of the year. Literally millions will watch the country's best college basketball teams fight for dominance and the chance to become this year's NCAA champion.

But there's more to learn here than the game of basketball. You can pick up many valuable leadership lessons from the NCAA tournament. Let's take a look at a few of those major lessons I can share with you on leadership.

Our members are leading and inspiring individuals on their campuses and in their communities across the country every day, and we want to help tell those stories! Articles and other content for upcoming newsletters can be submitted anytime to communications@nsls.org. Please include photos from your event, and let us know what you were doing, who participated and how it impacted your members and community. So many chapters are making a difference every day. Keep up the good work!