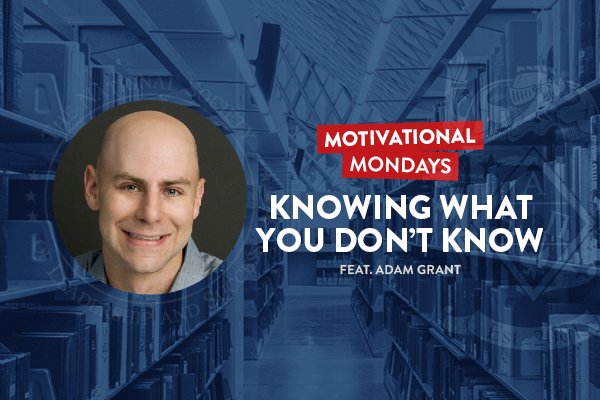 As an organizational psychologist for some of the biggest brands in the world, Adam Grant is an expert on helping us find meaning at work and live more generous and creative lives.

Recognized as one of the 10 most influential management thinkers in our lifetime, Adam has been the top-rated professor at Wharton for seven years in a row and is the author of four New York Times bestselling books that have sold millions of copies and translated into 35 languages.

His TED talk about the surprising habits of original thinkers and why they embrace failure has earned more than 17 million views.

On this week's episode of Motivational Mondays, Adam shares the importance of continuous learning and being hyper-aware of what we don’t know.

The Power of Knowing What You Don’t Know

One of the key aspects of continuous learning is keeping an open mind and understanding that there is always more to learn.

During the episode, Adam says that many of his worst decisions came from assumptions. For example, when he was accepted to Harvard, he started an email community to connect with other incoming freshmen. By the time their first semester started, they had more than an eighth of the incoming freshmen class in this group.

Some even called it Harvard’s first social community.

But once they got to campus, they disbanded the email group because they didn’t think it was necessary to connect online when they could simply have lunch together on campus. And just 5 years later, Mark Zuckerberg started Facebook in the house next door to where Adam lived.

It never even occurred to Adam and the other students that many other people would want to connect. Adam says, “We’ve all had moments where we took for granted beliefs and assumptions and opinions that we should’ve questioned.”

Adam continues, “If there’s anything this pandemic has taught us, it’s that we need to get a little more comfortable rethinking a lot of the beliefs, and even the identities that we hold dear.”

Building a Culture of Continuous Learning

Adam says that, “Think Again is really about what it takes to build the skill and the will to question ourselves, but also open other people’s minds, and build cultures of learning in the teams and communities and workplaces that we wander into.”

To do this, we need to get better at knowing what you don’t know, which is also called intellectual humility. This is being hyper-conscious of all the things you’re completely ignorant about.

While writing Think Again, Adam made a list for himself of all the things he didn’t know. Initially, he came up with topics such as chemistry, art, and financial markets. But the more he thought about it, the longer the list became.

Then, Adam questioned why he’s stayed so ignorant about those topics and what knowledge he might be missing. Instead of being embarrassed by his lack of knowledge, if one of these topics comes up in conversation, he’ll say, “I actually know embarrassingly little about this topic.”

This allows him to ask a bunch of questions and to learn something new. During the episode, Adam says, “I would say in an ideal world, that list is ever-growing, not shrinking. That every time you learn something, you should become more aware of how many things you don't understand yet.”

How to Train Yourself to Pursue THE Truth

Adam says that one of the biggest lessons he learned while writing Think Again is that it’s rare to change somebody else’s mind. And it’s nearly impossible if you’re not willing to change your mind either.

On the other hand, continuous learning is an exercise that should allow us to think about being wrong differently. We’re not locked into our thoughts and opinions. When new information arises, we should be proud to admit that we’ve changed our mind.

In the full episode you’ll hear how Adam says that being wrong isn’t a threat to our ego, but rather an opportunity for discovery.

NSLS members, listen to the bonus episode in the Members Area to hear even more in-depth advice from Adam.

Get Adam’s new book THINK AGAIN: The Power of Knowing What You Don’t Know

Adam’s second TED Talk (with nearly 9 million views): Are You a Giver or a Taker?

We would love to hear your thoughts about the new Motivational Mondays. What do you like, what would you improve? Please share your feedback at mm@nsls.org. 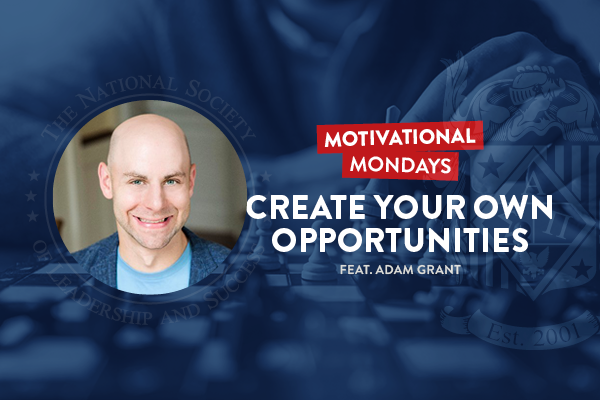