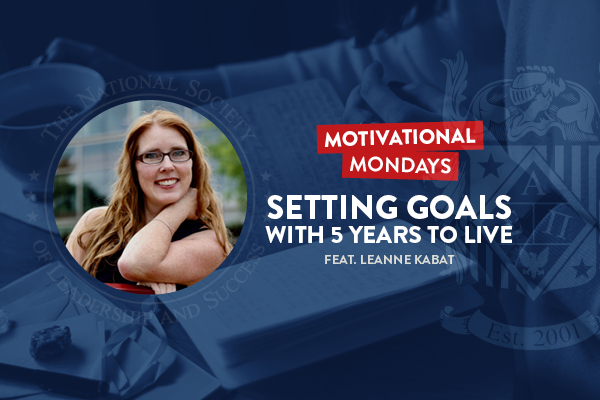 What would you do if you were given just five years to live? For Leanne, that wasn’t a hypothetical, it was the hard-hitting truth.

During this week’s episode of Motivational Mondays, Leanne Kabat shares how she determined to make the most of the little time she had left and set out to live life to the fullest. Since then, she’s traveled to 49 countries, published three books, and became an international speaker.

The Moment Everything Changed

In 2006, Leanne was five months pregnant and had just moved to a new country with her family. She woke up in the middle of the night and collapsed on the floor. She remained frozen there for five hours, her two toddlers beside her.

“I begged and pleaded with the universe to get me off the floor,” Leanne says during the episode. “And at some point, I just surrendered to lying there.”

At seven the next morning, a flash came over her eyes, but she could move. She put her kids in the van and raced to the hospital. Over the next eight months she met with every doctor and specialist imaginable. They all shared different possibilities of her diagnosis. At the end of the nerve-racking eight months, they brought her back to the hospital and doctors told her they didn’t know what it was, but she only had five years to live.

She was 35 years old and had never even had a headache before. After battling depression, Leanne decided that she was done dying. She was not the person who was going to die this young. She was going to live.

Leanne didn’t set out to help others achieve their goals. Instead, she just wanted to live. She didn’t think she would be alive to give her kids the world. So, her first goal was to show them the world.

First, she needed to create a lifestyle that allowed her and her family to travel the world on one salary—which is not cheap. That required a lot of goal setting and prioritizing. People started noticing her family’s travels, which motivated Leanne to share how she was doing this. So, she sat down to write a book. And then another. And another.

Now, people were even more impressed, as it seemed Leanne was cramming a whole lifetime into a couple of months by doing things that most people only just talk about doing. How? She learned how to set goals that matter.

Leanne meets many people who have goals that are very wishy-washy or out of alignment with what they actually want for their life. Many of her clients set goals based on what their neighbors or friends have, or what they see on social media. But they don’t even want to put in the work to achieve the goal because it’s not important to them.

In this week's episode, you'll learn how Leanne discovered how people become unstoppable when they set goals that matter.

NSLS members, listen to the bonus episode to hear how Leanne developed her ‘5 Seasons Framework’ and the power of knowing your seasons.

Read Leanne’s new book: The 5 Seasons of Connection to Your Business Brilliance
Build confidence, leverage existing skills, and learn the steps to reach your goals.

We would love to hear your thoughts about the new Motivational Mondays. What do you like, what would you improve? Please share your feedback at mm@nsls.org. 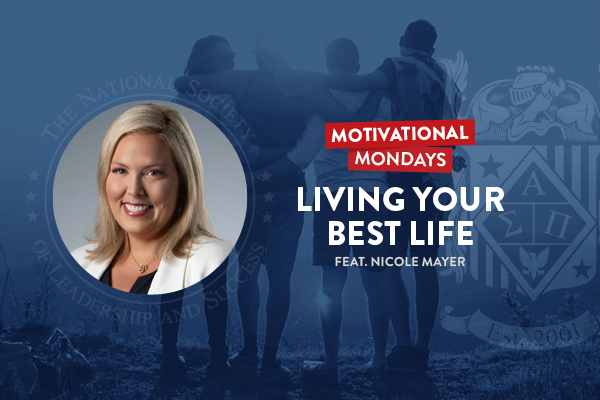