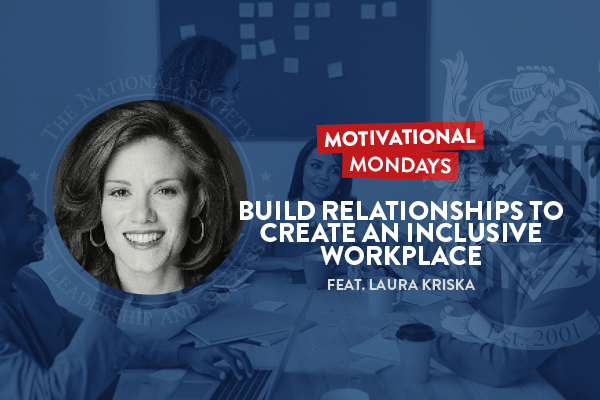 In a world that often draws more attention to the many differences between people, some argue we could accomplish more by focusing instead on what we all have in common.

This week's guest Laura Kriska makes that argument. The American-born Japanese business consultant has dedicated her career to inclusion and promoting the building of relationships between people who share different backgrounds and cultures.

Using all she's learned about the power of understanding different cultures, Laura is on a mission to dismantle the "us vs. them" mentality in business and everyday life.

EDUCATE YOURSELF ON OTHER CULTURES

One of the most common mistakes we all make when engaging with people from different backgrounds and ethnicities is not making the extra effort to learn more about them.

Laura Kriska shares a perfect example of this when she tells the story of being 22-years-old and the first American woman to work at the Honda corporate headquarters in Japan. This experience defined her mission to combat the global persistence of the 'us versus them' mindset.

She explains she was excited to be in Japan and confident that she would do well and become the "next big international businesswoman." However, that plan would stall; admittedly, she made a mistake. It's an error she sees people make all the time, especially young people, and that is mistaking proximity for knowledge.

In life and business, people mistakenly have the false notion of knowing how to navigate relationships with other cultures because they are often in proximity to them. Laura warns that simply being in proximity to people who are different doesn't mean you understand them and their cultural nuances. Using an analogy from the sport of Judo, which she practices, she explains how a person with a Black belt in Judo is revered as a senior and allowed a certain level of respect. This social construct of hierarchy is also evident as a general rule in Japanese society between the elders and its younger citizens.

During her first week in Japan, Laura was assigned to work with 10 Japanese women as part of the executive secretariat for the 40 directors of the Honda motor company. Laura shares, "I wanted a good relationship with every single one of these women. But I approached it with a kind of cultural lens that I grew up with within America. And, you know, I was polite. I was respectful, and I was using Japanese. But the mistake I made is that I failed to know that there was a 'black belt' office lady in that group of lovely Japanese women. She was the senior."

Not realizing that the senior of the group was regarded as “the most important" by the other women, Laura was perceived as disrespectful for treating the woman as an equal. She made no discernment between the younger women and the elder, whom she might interrupt while speaking at times or engage without the customary respect for an elder.

Laura would ultimately identify and correct this misstep and mend the relationships. Still, she cites her error. As she further explains, "I was adjusting appropriately. I was using that visible data like speaking in Japanese. Obviously, I used Japanese when I was interacting with my new Japanese colleagues, but there was a lot more at play. Invisible cultural data is always at play in our workplaces and our lives, but people ignore it."

Laura encourages us all to be more attentive and examine life's moments beyond what is blatantly apparent. It’s more challenging but can save us from a lot of unnecessary conflict in the end.

For Laura to repair the situation with her colleagues in Japan, she realized the first step was getting to know them through building meaningful relationships. She breaks it down to a matter of trust. The level of being a "trusted" colleague is what Laura says we should aspire to be.

Many people unintentionally stop themselves from getting to that level based on variable circumstances. Laura explains, "they stop because there's a language difference or a location difference or a race-ethnic age, gender, orientation, whatever it is. There's some perceived difference that stops them from moving into the trusted colleague category. And until people reach the trusted colleague category, we'll never be as productive as we need to be."

One remedy Laura suggests for people of various cultures to meet on common ground is to ask questions when in doubt about a matter respectfully. For example, she shares a conflict that arose when a client in Japan sent an email to an American colleague expecting him to work on a project on December 24th and 25th.

Laura continued, "Well, most people in America know December 24th is Christmas Eve. And this young lawyer was really irritated and sent back this awful, very sharp worded email to a client. And the boss — the one who told me this story -- realized that the Japanese client just simply had no idea that it was Christmas."

Christmas is not widely celebrated in Japan, so there was no significance in asking people to work on the 24th and the 25th. Laura expresses that such scheduling conflicts often happen in the American workplace because people work together from so many different backgrounds.

So considering this dynamic is essential when scheduling plans, setting deadlines, and asking people to be accountable. Simply ask questions to avoid conflicts and misunderstandings.

LEARN WHERE YOU STAND BY SELF ASSESSMENT

Though Laura has mostly written about her guiding principles pertaining to business, she also offers actionable advice that we all can apply to our lives right now to build better relationships.

She suggests people take her free "Us versus them self-assessment," which will give them insight into their abilities to connect with others on a deeper level. Laura encourages, "I would ask everybody to think about the cultural group that is relevant to their lives, but they feel some distance from them... If you measure yourself for two minutes with the assessment, you will get practical knowledge about how to start building your connection with that group."

Laura's vision for a more understanding and inclusive world is audacious. Still, she's building a revolution where people become more self-aware, aware of others, and take action to narrow "us versus them" gaps. "I can not do this alone. I need your help. I need the listener's help," Laura expresses.

The message is clear. In Laura's words, "We all must rely on each other to move forward to create a safer, more welcoming, and productive world."

Listen to the exclusive members-only bonus episode to learn why homogeneous environments can impact one’s ability to feel empathy and the importance of balancing authenticity and assimilation into another culture. 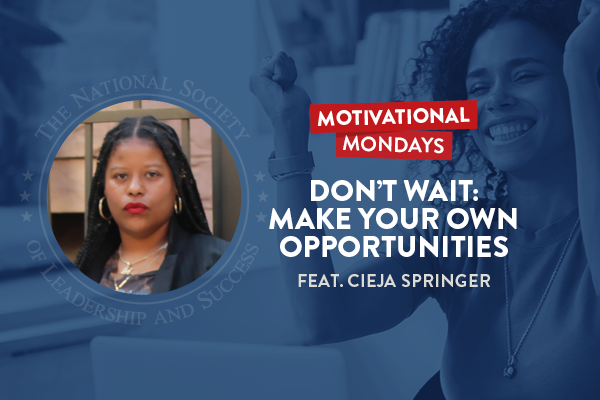 Don’t Wait: Make Your Own Opportunities