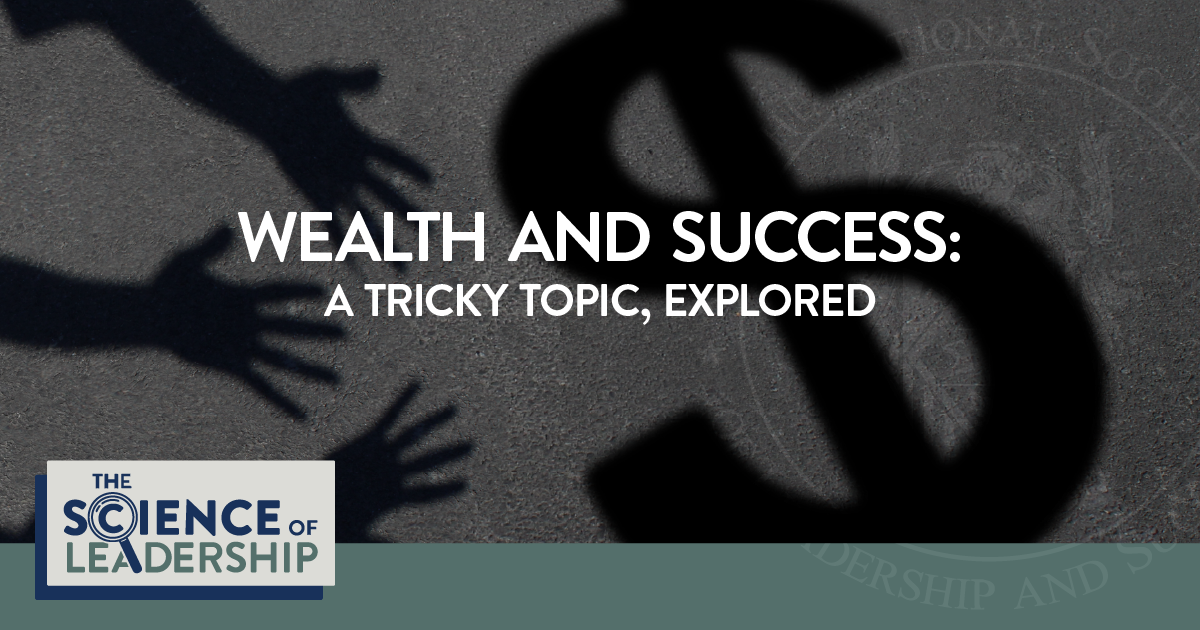 There’s a longstanding economic belief that everyone in society is motivated to continuously build wealth and accumulate as much money and goods as possible. But does money really buy happiness?

This idea that people have “unlimited wants”—most of which are never satiated—is so prevalent that advertisers, researchers, and even governments have utilized the idea for various reasons. But is it true?

This week in The Science of Leadership, we explore a new study that may disprove the longstanding belief that people are stuck on, as the researchers call it, a “consumerist treadmill” and also take a look into previous studies to understand the tricky research behind the connections between wealth, success, and happiness.

No One Wants to Be a Billionaire?

A new study published in Nature Sustainability by researchers from the University of Bath in the UK took aim at the belief that humans, in general, will continuously attempt to become increasingly wealthy.

To see if that notion was true, the team conducted a study of nearly 8,000 people from 33 different countries across six continents, asking each participant how much money they would need to have an “absolutely ideal life.”

When the results came back, they discovered that most people had rather reasonable responses and that very few wanted a seemingly endless supply of cash. In most countries (86 percent), people claimed that they’d need about $10 million USD to achieve their ideal lives. In some other countries, that figure dropped even further to roughly $1 million USD.

The team says that while that seems like a lot of money, the sums reflect a whole life’s worth of wealth. “Expressed differently, the wealth of the world's single richest person, at over $200 billion, is enough for more than two hundred thousand people to achieve their absolutely ideal lives,” the team writes.

They go on to say that the individuals who wanted the most money were typically younger city-dwellers and individuals from countries where economic inequality was more accepted.

One of the most interesting things about the study is that it was conducted as a way to challenge the idea of unlimited wants and how it impacts climate change.

The team concluded that unlimited wants are likely because of how accepted the actual notion of unlimited wants is, which puts false pressure on people to consume more even if they don’t want to.

Understanding that this isn’t true opens the door for people to make economic choices and vote for policies that may impact their personal wealth accumulation.

“The ideology of unlimited wants, when portrayed as human nature, can create social pressure for people to buy more than they actually want,” said lead researcher Paul Bain from the Department of Psychology at the University of Bath.

“Discovering that most people’s ideal lives are actually quite moderate could make it socially easier for people to behave in ways that are more aligned with what makes them genuinely happy and to support stronger policies to help safeguard the planet.”

Though it wasn’t in the scope of the new study, the findings do bring up some interesting questions about the connection between wealth, happiness, and success.

And while these topics all seem like they have easily made associations, research and traditional wisdom go back and forth on how they intersect.

For example, a very popular study from 2010 found that money doesn’t seem to increase daily well-being after someone earns $75,000 USD per year.

The study claimed that money did in fact have an impact on how people viewed their lives, but that emotional well-being rose with income, but only to an annual salary of $75,000,” reports Forbes.

In 2021, a different study came along to potentially disprove the 2010 one. Led by Matthew Killingsworth, a senior fellow at the University of Pennsylvania’s Wharton School, the study used an app to track happiness levels. Killingsworth compared the reported happiness levels with income levels and found a pretty solid connection across over 33,000 participants.

The study concluded that daily well-being continues to improve drastically even after a person earns an annual salary of $80,000 without slowing down as the 2010 study suggested. Both of the studies also link well-being with overall happiness.

So what’s all of this mean? Does money equate to happiness? What about success and wealth?

While studies are still unraveling the impact money has on happiness, success is an even more difficult thing to pin down. Coming up with a clear, scientific metric for success appears to be a challenge for researchers and thought leaders alike.

“A measure of success is a standard by which a person or entity assesses whether or not they’ve achieved their goals,” Masterclass writes in a feature with The New York Times best-selling author Daniel Pink. “There’s no single true measure of success, and successful people use a variety of benchmarks to evaluate their personal and professional achievements.”

This is largely because defining success is a very personal endeavor. Even academic studies looking into perceptions of success show how much of a shifting target the term is.

In a study published in the National Library of Medicine researchers aimed to examine what success meant to medical students. They kick off their study by stating:

“Success is an ever-changing concept and has countless, unfathomable depths of perceptions, notions, comprehensions, and definitions. The manner and light in which one views, interprets, and defines success, showcases an individual’s true beliefs and grounding, as well as lends insight into how that individual perceives the world.”

At the NSLS, we agree with these sentiments. For some, success might be about the pile of money they’ve accumulated, but that’s because wealth was their ultimate goal.

Another reason why money and success are linked so heavily may come from the idea that unlimited wants is a true economic fact, as the most recent study suggested.

In short, successful people achieve goals. Those goals can be anything they put their mind to, which is a freeing thought that allows people to find success in everything they wish to accomplish. How a person measures success depends on their internal motivations.

Ready to dig deeper? Read the new study in its entirety. You can also read more about the 2021 study that looked at income and well-being here.

To learn how to achieve your goals and define success for yourself, check out our guides on SMART and PACT goal-setting techniques. 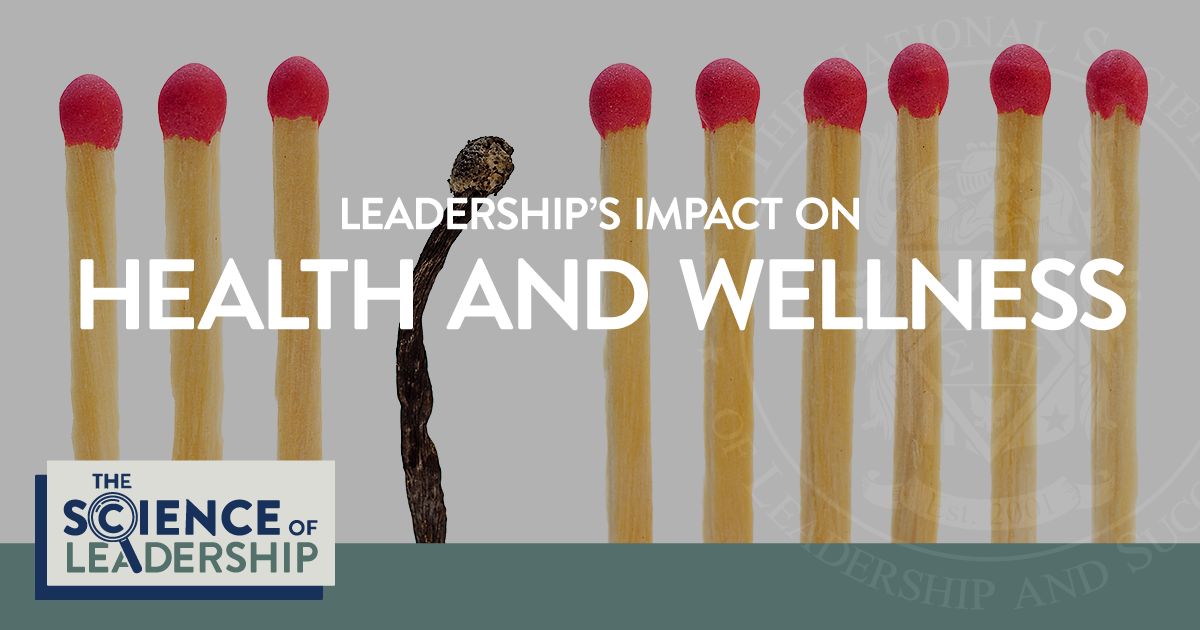 Leadership’s Impact on Health and Wellness

Everyone has a unique leadership style, ranging from democratic to autocratic, servant to laissez-faire, and a bunch of other styles in between.