How Passion, Faith, and Resilience Drives this Young Leader's Success 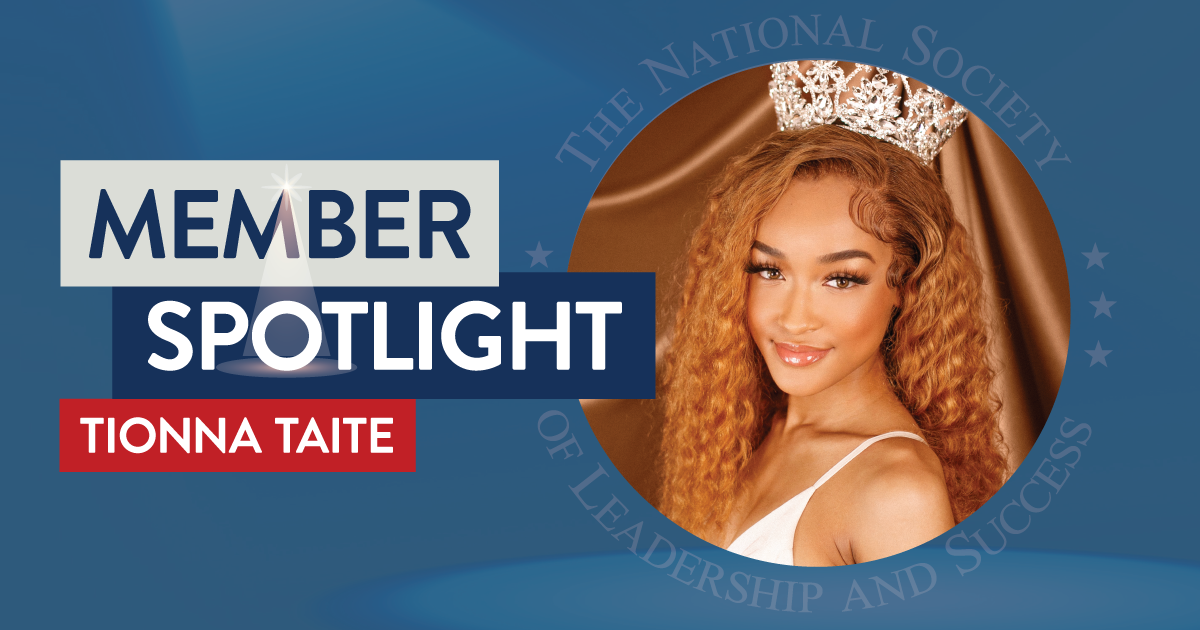 We were only slightly exaggerating when we wrote in April's Members in the News that it would be hard to find an award Tionna Taite hadn't earned during her time at the University of Alabama.

This student leader was named a Capstone Scholar and will be attending the University of Alabama School of Law on a full-tuition scholarship. She serves as Miss Black Alabama USA, and her advocacy on campus earned her the 2021 William P. and Estan J. Bloom Award, one of UA's highest honors.

"Nineteen Fifty-Six shines light on Black culture, Black excellence, and Black student experiences. As founding Editor in Chief, I led a team of 60 talented students ranging from undergraduate to doctoral. I also raised over $30,000 through generous donations to fund Nineteen Fifty-Six and provide students with a platform to have their voices heard."

When we reported on her success in April, the magazine had already generated over 23,000 views online. But her ultimate goal transcends page views.

"My social initiative educates others on how to create diverse and inclusive digital media that elevates marginalized voices."

Never Let Age Stop You from Achieving Your Goals

To earn so many accolades takes a range of skills. But at the center of everything is the foundation—one's core values, guiding principles, and mission. Tionna's success rests on a bedrock of passion.

"My accomplishments stem from my passion to address societal issues and create lasting change."

She also leans into faith as a positive force for good.

"I trust that God will guide me and provide me with opportunities to make a meaningful impact in various aspects of my community. As a child, my mother would tell me every morning before school that I can do all things through Christ who strengthens me. This inspires me to continue to succeed."

With faith and passion driving her forward, the skills she's focused on developing most stem from resilience.

"Ambition and determination were just two of the skills needed to achieve my goals. I used both skills to remain focused on the path that was in front of me."

She also forces herself not to let age stop her. Ageism today can go both ways—can a leader be too old, or too young? Tionna doesn't think so, and she doesn't let her age stop her from striving big.

"One leader that I look up to is John Lewis. John Lewis’ lifetime dedication to advocating for equality inspires me to live a similar life. His ability to become a prominent civil rights leader in his early twenties serves as a symbol that I can also enact change at a young age."

"If you want to become a better leader, take the steps today to strengthen your ability to lead. Do not wait for the perfect time to lead. Instead, use your skills and talents to find ways to help those around you."

She also advocates for education, and leadership development, which she discovered at The National Society of Leadership and Success (NSLS).

"The NSLS granted me with the invaluable opportunity to be a Chapter President during my undergraduate studies. This role helped me learn new management skills and strengthened my leadership skills."

Though she's already accomplished so much, any great leader knows that the path to success never stops—especially when it's built on a foundation of doing good for the world.

"Leadership means creating opportunities for people who may not initially have a seat at the table. Leadership also means being an active listener and considering diverse perspectives."

She's going to keep leading others, especially those voices who need to be lifted up the most. She sees a career in law as the perfect place to make the biggest impact, a living testament to the NSLS’ guiding question: Are we helping the greatest number of people in the greatest possible way?

"As a future attorney, I’ll challenge the laws that create educational barriers for minority students. In addition, I’ll challenge the norms that allow racial inequities to persist in education, housing, and the justice system. I plan on achieving these goals through determination and perseverance."

We have no doubt that Tionna will continue to make a significant impact.

Tionna isn't the first NSLS member to earn a full-tuition scholarship to the University of Alabama School of Law. Check out Victoria Jones' Member Spotlight.