7 Steps Leaders Should Take after a Team Failure 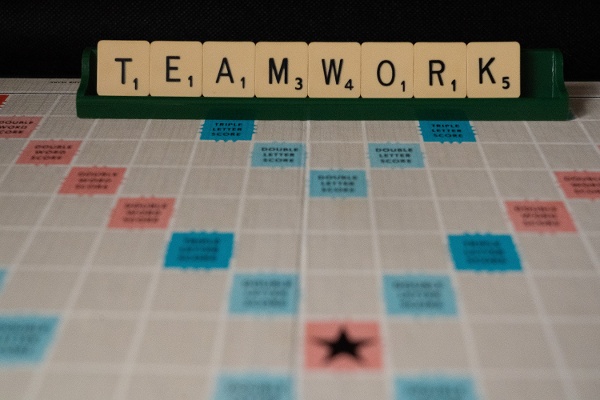 Whether the failure was missing a crucial deadline or losing a significant account, leaders and managers should take the following seven steps to turn this negative into something significantly more positive.

1. Acknowledge your feelings.
Failures, mistakes, and adversity are hard to deal with, and they can bring feelings of anger, frustration, and disappointment. The first step is allowing yourself to feel these things. Denying what you’re feeling isn’t going to help anything, but neither is wallowing in those emotions. So, it’s a difficult but important balance you must strike between having a healthy, human reaction and then letting go before those negative emotions drag your productivity and efficacy down.

In the moment of failure, it’s most important to stop, breathe, and feel what you’re feeling. There’ll be time to analyze and deconstruct what happened later, but at this stage, just stay calm and focused on making the best out of this bad situation.

2. Give your team (a bit of) time and space.
One easy trap to fall into as a manager is trying to be too positive too fast. Even if your intentions are good, telling your team to move on immediately after a failure can make you come off as uncaring or uncommitted. Team failures are often preceded by a lot of hard work—that doesn’t ultimately pan out as hoped—and you should let your team (and yourself) feel sad, angry, or frustrated about that. However, just as you shouldn’t dwell in that negativity on an individual level, neither should your team.

As the leader of a team that’s recently undergone a setback, you should give everyone that little bit of time and space. Let team members vent and process how they see fit, always remembering your team is comprised of individuals, some of whom will bounce back more quickly than others. To be productive again, the whole group needs to move forward, and as the leader, it’s your job to navigate that.

That’s why it’s essential to never retreat into yourself (or your office). Failure is exactly when a team needs great leadership, and you should make it known you’re there for them and that your door is always open to their questions, concerns, or feedback.

It’s also crucial to remember that, as the leader, your attitude is simply more “contagious” than other team members’ feelings. Because your emotional headspace can affect the whole team, you must learn to genuinely move on from the team failure. (People, after all, can see right through false positivity.) Only then will you be better poised to help everyone get through this hardship. This is perhaps the hardest part about leading a team through a failure; your acceptance and positivity must be visible to your team, not overbearing, and genuine.

3. Institute damage control.
In every significant failure, there are often people who are negatively affected. Maybe it was a client who didn’t get a project at the promised time. Maybe it was your audience who logged into a live webinar riddled with technical problems. Whatever the case, there are people who need the consequences of this failure rectified, and part of working through a failure with your team is conceiving of ways to make the situation right.

The solution that’s right for your team depends on the specific failure and who was affected, but regardless of the circumstances, it’s always most effective for the team, as a whole, to brainstorm these potential solutions together. For team cohesion, it’s important to stress that you succeed—and fail—together, so activities should emphasize that unity.

4. Analyze and process what happened.
Perhaps the most important step of all is to deconstruct the failure. When taking this step, remember the following tips:

In any failed attempt, it’s unlikely everything went wrong. Rather, it’s usually a few small but crucial processes that misfired. So, when deconstructing a team failure, find the good and the bad. This way, you know what worked and should be replicated, as well as what should be avoided in the future. (As an added bonus, if you need to redo the failed project, your team isn’t starting from zero. You already have a significant amount of the legwork already completed.)

When acknowledging successful components, focus on individual efforts. This makes people feel valued and seen. When you’re analyzing failure, focus on the team. This avoids finger-pointing and blame, which can be counterproductive.

5. Harness the power of authenticity and storytelling.
Humans are hardwired to respond to stories, and they can be powerful tools for managers. If you’re comfortable sharing, tell your group about a time you failed and how you ultimately persevered.

On an intellectual level, your team members know this recent team failure will pass, but on an emotional level, it can help everyone move on to see you, a real person, telling a real story about experiencing and moving past failure.

One word of caution: Be wholly authentic here. Don’t fabricate or change your story to suit the situation. People can see through this and will often view it as manipulative. A concocted or contrived story will only hurt your credibility as a leader—now and in the future.

6. Rebuild team confidence.
More than anything, a team failure can shake team confidence. After a large misstep, people start to question their competencies, as well as the overall efficacy of the team. Team members might even be hesitant or unwilling to move forward for fear of making more mistakes.

Obviously, you have to get past this if you want to keep functioning as a team, so managers or team leaders should view this as the perfect time for a bit of team building. Leaders can set up “social meetings,” such as team lunches or fun after-work activities. Building up team cohesion—coupled with a thorough, honest deconstruction of what went wrong—can be the best recipe for getting everyone back on the same page and ready to tackle the next challenge.

7. Cultivate a risk-friendly environment.
In any business or company, risk is essential. Sometimes it works, and you’re rewarded with big gains; other times, it doesn’t, and the team has to push through the failure. Regardless, though, risk is important for moving forward and driving success, and you want your team members to feel comfortable taking on challenges with confidence and forward thinking.

An important part of that is routinely acknowledging successes as well as failures. So, just as you dissect what went wrong with any given project, you should also examine where you had significant achievements. Only focusing on failures can make the team feel criticized or negative. A consistent, balanced examination of successes and failures helps ensure your team feels empowered to make smarter, better decisions in the future while still embracing the positives of risk-taking.

In the moment, setbacks and team failure can feel catastrophic, but with the right mind-set; adequate time; and critical, group-oriented deconstruction of what went wrong, your team can take away valuable lessons that transform even the most devastating failure into a positive.

Many people have unresolved past experiences that may impact their ability to live a successful life today. If that sounds like you, don't be discouraged. Educator and best-selling author Stedman Graham says that it's never too late to achieve the future you envision if you're willing to put in the work.